Every now and then, a ghoul or goblin will return to the world of the living on the anniversary of their death. That’s all well and good, as long as the people you’re haunting realize the significance.

“What’s the point in being a May 3 ghost?” their friends will ask, as your would-be victim shrugs his shoulders.

To avoid this kind of embarrassing confusion, monsters prefer to return on days that are more widely known. There’s the chocolate-stealing Valentine’s Day troll, the bum-pinching St. Patty’s Day leprechauns, the smelly cheese-scented Bastille Day goblin. But by and large, monsters like returning on Halloween.

After all, returning every Flag Day seems lame. How much of a bad-ass can you be then?

The one holiday exception that we know is John Denver. His ghost returns every Arbor Day. He’s one scary mo-fo. 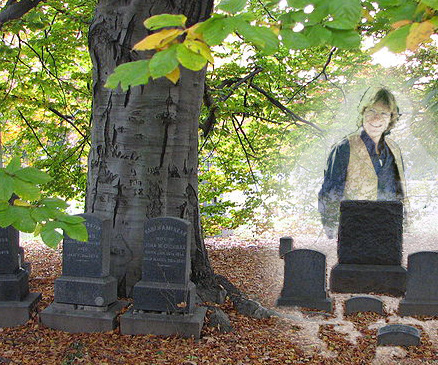