Who doesn’t like slime? Kids love it, men love it, women love to hate it, even Nickelodeon used to have a show about it. Slime is one of those things that’s both really gross and really awesome – like being able to flip your eyelids inside out. And as connessoirs of all things both gross and awesome, monsters love it most, and monsters have been among the crowd who has learned to use it for the most awesome purposes.

Slime is like the duct tape of the monster world. It comes in different colors and patterns, and is generally used either for decoration or to hold something in place. Some monsters bathe in it, cover themselves in it, or manage to excrete it out of their pores – like slime monsters, lake monsters, people in the pupa stage of turning into a monster, etc. Other times, slime is used to pimp out mad scientist lairs, constrain prey in sticky pods on walls or ceilings, or preserve any manner of alien or the undead for unsuspecting teenagers or librarians to find later.

But whatever the purpose, texture, or color, everyone – monsters and non-monsters alike – can agree that slime is pretty sweet. 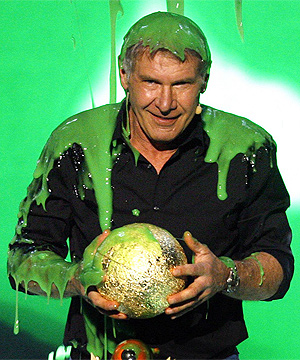