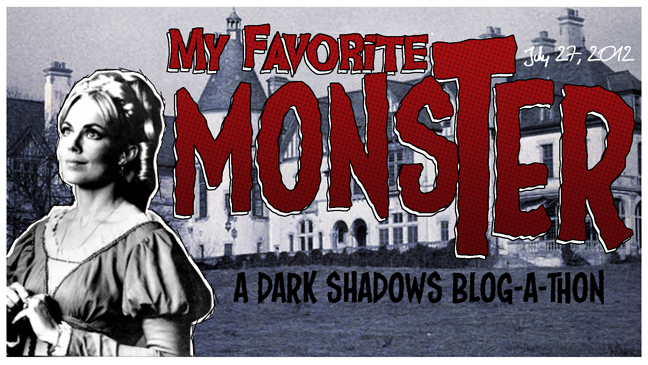 When I was just a wee monster, I would rush home from fright school to watch my favorite program, “Dark Shadows.”

It was a ghoulish soap opera about the haunted Collins family who lived with their immortal vampiric ancestor. They couldn’t stop traveling back and forth in time, marrying each other, living forever, and playing their own cousins. 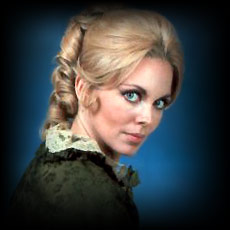 After 368 incestuous episodes, along came the most lovely creature a young monster could dream of: the housemaid Angelique. Her stunning beauty was only surpassed by her quest for demonic vengeance. It was a win-win really.

After all, there’s nothing more attractive than a woman who knows her way around a voodoo doll. The day she cursed Barnabas Collins for all eternity was the day I knew she was for me.

Angelique was from the West Indies. Why that would automatically make her a voodoo priestess, I never knew, but I was willing to roll with it.

Black magic women have a fire inside that cannot be quenched, forged in the deepest recesses of Hell. A woman with such a burning passion for the men in her life can only express herself through spell casting, telekenesis, and necromancy. Simple Valentine’s Day cards would never do.

But Angelique’s most amazing talent was for changing her hair color when she changed her place in time. In the 18th century, she appeared to be a redhead. But as she traveled to the 1960s, she was blonde, and then raven-haired. Again, I never figured out why, but a woman with that much devilish control over her curly locks can call me anytime.

Angelique. The timeless body of an angel with the smoldering spirit of Hell inside. She can curse my immortal soul any time she likes. 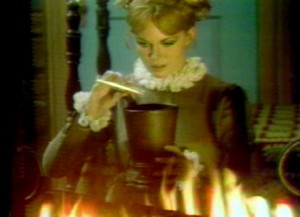 Laura, the Phoenix:  Burn, Baby, Burn!The Phoenix may not be Dark Shadows’ best supernatural villain, but she was its first, paving the way for the kinds of stories that would become the backbone of television’s first gothic soap opera.  Join us for a look back at the creepy charms of Laura Collins, motherly love ignited to a whole new, scorching level. The Drawing Room  http://collinsport.net/?p=478

Count Petofi: When it comes to the other “master villains” on the show, eventually we find out that they work for someone else, and this defangs them.  With two exceptions.  One is Judah Zachary, the oft-ignored prime mover of all misery in Collinsport.  The second is Petofi. The Collins Foundation http://collinsfoundation.net/2012/07/27/that-puckish-petofi/

Eve/Marie Roget: Eve came along during a period in Dark Shadows history when Dan Curtis clearly realized that what the show was suffering from was a lack of voluptuous RealDolls with big red sexy hair and adorable button noses.  Plucky Chicken http://pluckychicken.net/2012/07/27/my-favorite-monster-eve/

Angelique: After 368 incestuous episodes, along came the most lovely creature a young monster could dream of: the housemaid Angelique. Her stunning beauty was only surpassed by her quest for demonic vengeance. It was a win-win really. Stuff Monsters Like https://www.stuffmonsterslike.com/2012/07/27/135-monsters-like-black-magic-women/

Jeb Hawkes: A Lovecraftian Pinocchio, Jeb Hawkes is a character who revels in his lack of humanity, constantly chomping at the bit to reveal his “true form” to anyone who crosses him. http://www.collinsporthistoricalsociety.com/2012/07/my-favorite-monster-jeb-hawkes.html

Barnabas Collins: Originally the villain of Dark Shadows, Barnabas Collins eventually morphed into the anti-heroic, teen-magazine cover boy star of the show … but he was still a murderer. And even when he stopped (for the most part) chomping necks, he was still beating up his trusted assistant Willie Loomis and generally being a dick. Will McKinley  http://willmckinley.wordpress.com/2012/07/27/from-jonathan-frid-to-johnny-depp-comparing-barnabas-collins-1967-2012/