Since 1805, Monstey Awards have been presented to “celebrities” within the monster world – both traditional and honorary – who are recognized for their contributions to horror film and horrible culture.

The first Monstey Awards were presented informally after the Battle of Trafalgar in 1805, when Davie Jones commended his most valiant kraken for his victories against the French navy. Since then, awards have been given for good roles in terrible movies, terrible roles in okay movies, and actions in real life that are too distasteful even for monsters.

The categories for the 2013 Monstey Awards are:

SML is excited to announce the recipients of the 208th Annual Monstey Awards on Monday, April Fools Day (the 1st) at 9:00 AM. 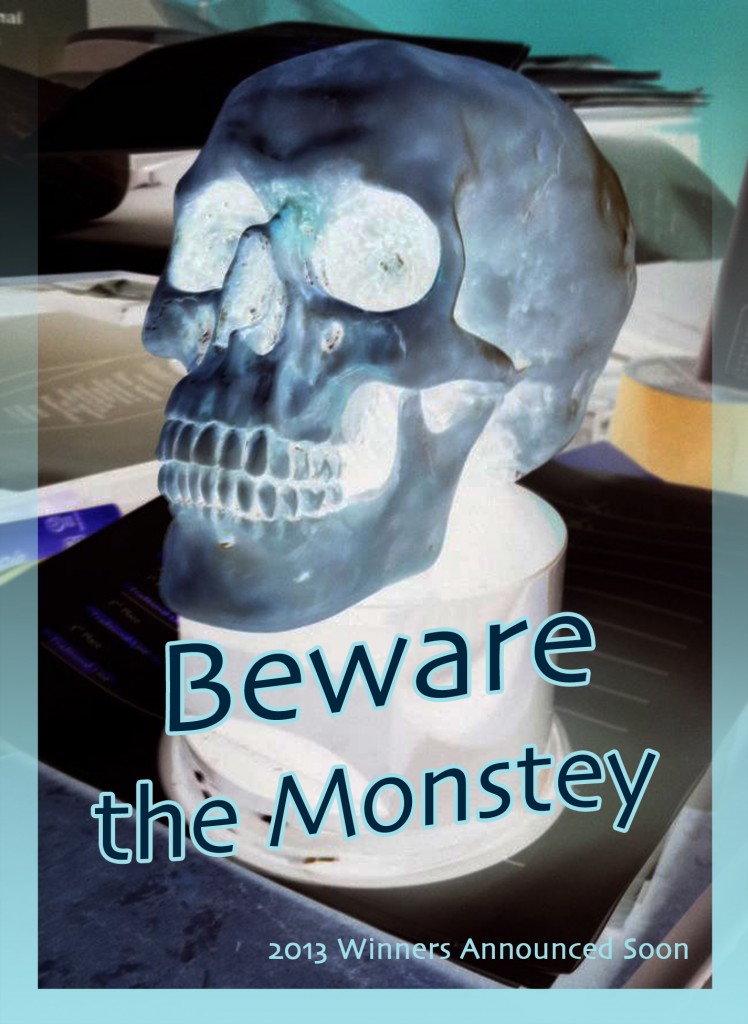 MONSTEY AWARD WINNERS REVEALED!
Winners are Revealed! Announcing the 2014 Monstey Award Winners
The Monsteys are Back and Bigger than Ever!: SML Reveals this Year’s New and Expanded Category List