It’s been such a busy summer for horror, how’s a monster supposed to keep up? From crowdfunding campaigns to more…questionable remakes, there have been many new horror projects to keep up with in book, film, musical, and digital formats. Here’s a rundown of the recent horror news to come across our inbox. 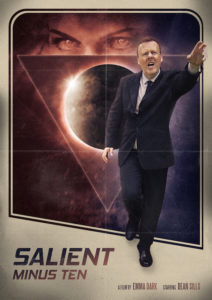 Fund “Salient Minus Ten” on Indiegogo —

Pegged as a “cerebral foray into the darker more disturbing side of science fiction,” “Salient Minus Ten” is the newest project from award-winning independent filmmaker Emma Dark. Adam Harper is an average man. And on an average day he suddenly finds himself catapulted into the strangest, reality changing game—a game of time and chance, where the stakes are a matter of life and death.

“Salient Minus Ten” is currently in pre-production and set to start shooting in September. Help them fund the production (and get your hands on limited edition merchandise) by contributing on Indiegogo. 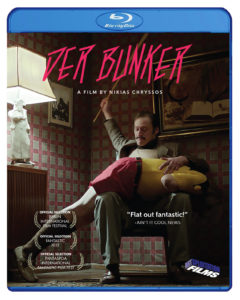 With his surrealistic and dark, yet strangely heart-warming approach towards an unusual family’s world, Der Bunker’s director Nikias Chryssos may well be the nephew of John Waters and the illegitimate son of David Lynch and Luis Buñuel. It all begins when a student rents a room in a bunker home nestled deep within a forest and becomes increasingly involved in the dramas of his landlord’s family. They include the stern father, his wife (whose swollen leg almost takes a life of its own), and their precocious 8-year-old son who, despite being German and “learning-challenged,” is being home groomed to become the President of the United States. Initially friendly and welcoming, the situation for the student becomes increasingly bizarre.

Der Bunker will be released to DVD and Blu-ray (and 90-day exclusive streaming on Vimeo) on August 23, 2016. You can find it on most major VOD outlets beginning December 6.

From experimental horror filmmaker Kurt Dirt comes the first official trailer for his nostalgic exploitation horror movie, Driller Queen. The brand new exploitation film was self described as “a cross between Party Monster, Maniac, and every HG Lewis movie ever made.” The plot focuses on a scalp-snatching killer drag queen and follows the same retro shot-on-video style of Dirt’s previous experimental horror feature film Life is Cheap. Check out the trailer:

Is the Moon Still Out of Reach? - Our Kickstarter Wrapup Post
Tis the Season to for Indie Horror Films: An SML Monster News Roundup
Weirdbook Magazine is Back