Believe it or not, the summer is winding to a close. There’s an early morning nip in the air, and soon fall will be nipping at our heels. Yet, despite the cooling of the weather, monster news is still HOT, HOT, HOT! Here’s a rundown of the recent horror news to come across our inbox. 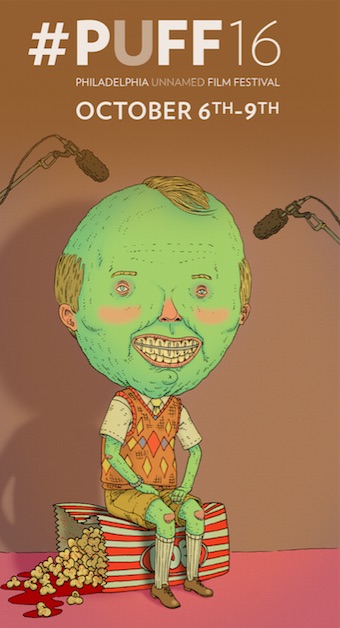 The Philadelphia Unnamed Film Festival recently announced the lineup for its inaugural year, which includes 6 feature films and 22 shorts. PUFF will take place in Philadelphia, PA from October 6–9, 2016 at CineMug and Adobe Cafe. The festival highlights genre features and shorts from around the world, including supernatural horror We Go On, and the Northeast premiere of Gun Woman director Kurando Mitsutake’s newest feature, Karate Kill.

“We are extremely excited about our program,” said PUFF co-director Madeleine Koestner. “We were amazed by the amount of submissions we received, and it made the selection process very hard on us! We wish we had time to screen all the films that were submitted to PUFF, but we think we did an excellent job of putting together an interesting lineup of eclectic films by a diverse group of filmmakers.” 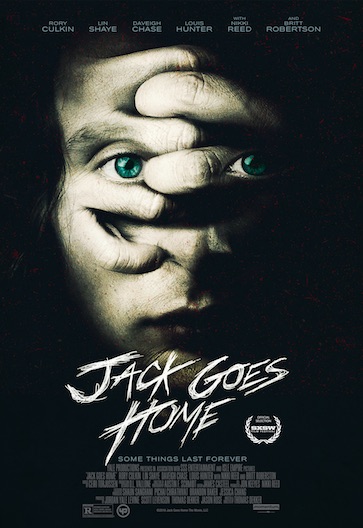 Jack Thurlowe (Rory Culkin) is a successful magazine editor with a beautiful fiancée Cleo (Britt Robertson) who is seven months pregnant with their first child.  However, this perfect life is turned upside down when Jack discovers that his parents have suffered a brutal car accident back in his hometown. His beloved father has perished while his mother Teresa (Lin Shaye) has survived. Upon returning home for the funeral, the volatile nature of Jack and Teresa’s relationship boils to the surface and the constant barrage of sympathy from the town starts to weigh on Jack’s grieving process.

With the arrival of a mysterious new neighbor, Duncan (Louis Hunter), Jack finds audio recordings and video tapes left behind by his father that lead him to question childhood memories and the very foundation of his identity. With pressure mounting and sanity crumbling, Jack comes to learn that the idyllic world he has believed in since infancy is in fact a nightmare playground full of lies, deception, violence and murder.

Jack Goes Home was written and directed by Thomas Dekker (star of NBC’s Heroes, FOX’s The Sarah Connor Chronicles). The film will be available in select theaters and On Demand/Digital on October 14, 2016. Check out the newest trailer:

UPDATE: ZaPow has a New Home! –

Asheville, NC-based illustrative art studio and gallery, ZaPow!, recently announced an impending move to a new location. ZaPow! has signed a 10-year lease at a new building currently under construction in Downtown Asheville’s rapidly growing South Slope district. The new location will be “bigger and better” than their current one, the gallery says, with additional space and resources for participating artists.
ZaPow’s last day at their current location will be September 12. They are projected to open in their new location at 150 Coxe Avenue in November. ZaPow is currently accepting volunteers to help pack and load art for the move. Email info@zapow.com for more information.