Home Horror News & Alerts We’re Time Traveling forward 6 Months to When We Own this Cookbook: An SML Horror News Roundup

We’re Time Traveling forward 6 Months to When We Own this Cookbook: An SML Horror News Roundup

Start your holiday shopping early or prepare to boost your film career. Check out the news that’s been burning a hole in our inbox. 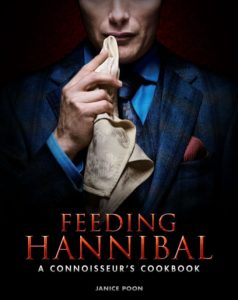 Are you planning to have some old friends for dinner this holiday season? Now you can serve them up in style with the Feeding Hannibal cookbook. The 240-page hardcover book is the creation of Janice Poon, the Toronto-based, award-winning artist responsible for the visual feasts of NBC’s “Hannibal.” From the amuse-bouche to after-dinner cocktails, the book lays out Dr. Lecter’s best recipes from the show.

Part mind-bending science fiction and part dark comedy, Counter Clockwise delivers a thriller about a befuddled scientist who stumbles into inventing a time machine and recklessly zaps himself six months into the future. But in that future, he is a wanted man and accused murderer. He tries to return to the point right before everything went wrong.

At a lonely bar a homicidal young man meets a young woman, takes her to a hotel room, ties her up, and prepares for the kill…until he discovers the woman harbors secrets far worse than even he could imagine. What unfolds is a diabolical game of cat and mouse, and a soul bearing confession of love and death. 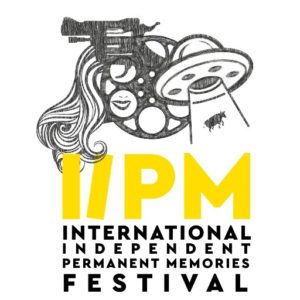 The International Independent Permanent Memories Festival (IIPMF) is now accepting feature and short film submissions for the upcoming June 2017 festival in Ancona, Italy. The IIPM was conceived by Michael Segal (Italian actor and producer), who fell in love with cinema as a child and wanted to give independents a chance to be noticed.

According to their press release, IIPMF will create opportunities for new and emerging work in the cinematic arts because its jury is comprised of working professionals and specialists of each field in the industry. Winners will get access to a concrete chance to find a worldwide distribution. IIPMF will also be a marketplace for connecting independent producers, writers, actors, and technicians with professionals in their fields and where potential working relationships may arise from this Festival.

All submissions can be made via FilmFreeway at filmfreeway.com.

Now Available from Terror Films on DVD and VOD —

The House on Pine Street – Jennifer is seven months pregnant and reluctantly returning to her hometown in Kansas with her husband, Luke. When strange things start happening in their new rental home, Jennifer begins to fear that it may be haunted. Alone in her convictions, Jennifer is forced to question her sanity as she attempts to find out what, if anything, is plaguing the house.

Hell House LLC – Five years after an unexplained malfunction causes the death of 15 tour-goers and staff on opening night of a Halloween haunted house tour (Hell House), a documentary crew travels back to the scene of the tragedy to investigate the events of that night and discover the terrifying truth about what really happened on the opening night of Hell House.

Patient Seven – Dr. Marcus is a renowned psychiatrist who has selected six severe mentally ill and dangerous patients from the Spring Valley Mental Hospital to interview as part of research for his new book. As Dr. Marcus interviews each patient, one by one, the horrors they have committed begin to unfold.