Tis the Season to for Indie Horror Films: An SML Monster News Roundup

Most people are feeling holly and jolly this time of year. But if all that holiday cheer turns you into a big ol’ grinch, we have good news: There are a ton of new indie horror films being released this season. Check out the news that’s been burning a hole in our inbox.

Due to construction delays, ZaPow! Studio and Gallery in Asheville, NC will reopen in its new bigger and better location after the holidays. But they’re not letting that ruin your holiday shopping. Thanks to the Asheville Area Arts Council, you can still buy monster-themed gifts and more from ZaPow! for all the guys and ghouls on your holiday shopping list. The ZaPow! Pop-Up Holiday Bazaar will be held on Saturday, December 17 from Noon–5:00pm at the Asheville Area Arts Council, 207 Coxe Ave, Asheville. 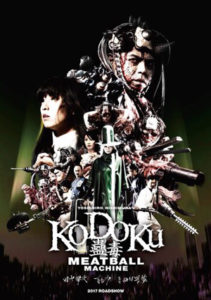 Check out the new trailer for Kodoku: Meatball Machine, the insane splatter-filled sequel to Yudai Yamaguchi and Jun’ichi Yamamoto’s Meatball Machine (2005). The twisted story, which melds cyberpunk sci-fi, fantasy, extreme gore, and comedy, carries on in legendary special effects creator Yoshihiro Nishimura’s latest blood-drenched riot, which will be released in 2017. It’s safe to say this trailer is NSFW. Watch it on YouTube.

PHOMETRICA REDACTED: This 15-minute cut of the feature film Phometrica stars sixties legend Arthur Brown (Tommy, Crazy World of Arthur Brown) and Tom Woodward in a deeply surreal, highly refracted view of personal breakdown. Jose (Woodward) begins to stalk his partner. However, unbeknownst to him he’s about to embark on a completely different and far more personal journey. Watch the trailer on Vimeo.

HARVEST: Dealing with satanic cult themes, the visceral horror stars indie actors Luna Wolf and Phil Newton, and is shot in 4K. From the synopsis: “Heather awakes in total darkness, bound, gagged, and in severe distress. She doesn’t know where she is, or how long she’s been there. Gradually, she uncovers the dark truth.” Watch the trailer on Vimeo.

Both films are available to stream and download via Amazon Video. Amazon Prime members can watch the films for free. 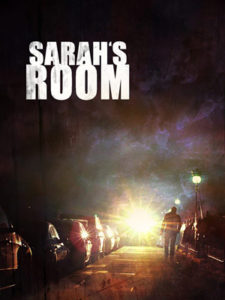 Sarah’s Room, the feature debut of Scottish director Grant McPhee (Under the Skin, Cloud Atlas), is a dark and brooding study of one man’s descent into paranoia. When Joe’s wife unexpectedly invites her best friend, Sarah, to live with them, Joe becomes obsessed with her, convinced that she is not what she seems.

Shot in just five days for a budget of £4000, Sarah’s Room is the first step in McPhee’s plan to reinvigorate the Scottish indie film scene from the ground up. Check out the trailer on Vimeo.

The Brooklyn Horror Film Festival is now accepting submissions for the second edition of the festival in October 2017. The first deadline to submit horror features and shorts is January 15, 2017, and the final deadline to submit for programming consideration is August 15th.

In its first year, the festival sold out the majority of its screenings, which took place in venues and theaters across North Brooklyn. For 2017, the festival is adding a fourth day and even more screenings throughout Brooklyn. For full submissions details, deadlines, and costs visit brooklynhorrorfest.com.

Four teenagers get caught up in the midst of a deadly war between dark, ancient forces in a faraway country house in The Devil Lives Here (aka: O Diabo Mora Aqui, The Fostering). Three friends go on a trip to visit their friend Apolo at his family’s farm for a weekend of fun. Meanwhile, Sebastião and his younger brother Luciano are preparing the spiritual ritual their family has been tasked for centuries to perform every nine months. On the night the two groups meet, they find out that what they thought were scary tales becomes more than real. Watch the trailer on YouTube. 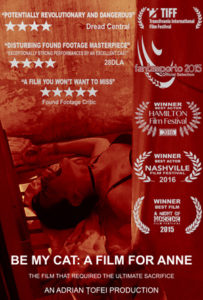 Award-Winning Horror Be My Cat: A Film for Anne Now on VOD & DVD

Romania’s first found footage horror movie Be My Cat: A Film for Anne (English-language) is now available on DVD and video on demand. Directed, produced, written by, and starring Adrian Țofei, the movie features a young man in Romania who goes to shocking extremes to convince Hollywood actress Anne Hathaway to star in his film. Adrian Țofei also started an online petition to help the movie reach Anne Hathaway.

“The line between fact and fiction has never been so terrifyingly and brilliantly blurred.” —Dread Central

Is Russia Winning the 21st Century Space Race? Not If You Donate Today!
Hex Media makes new Special Edition of Lord of Tears available for free
These Blurbs include a Literal Bloodbath: An SML Horror News Roundup