Here’s the news that’s been rap, tap, tapping through our inbox to get to you. 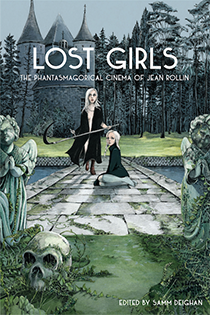 Support Lost Girls on Indiegogo – Canadian micro-publisher Spectacular Optical has announced a new book focused on the career of French fantasy and horror filmmaker Jean Rollin, Lost Girls: The Phantasmagorical Cinema of Jean Rollin. Set to be released in the summer of 2017, this collection of essays was penned by all women critics, scholars, and film historians and covers the wide range of Rollin’s career, touching upon his horror, fantasy, crime, and sex films—including many lesser-seen titles. Support the project at igg.me/at/lostgirlsbook before May 17.

Support Lawrie Brewster’s Gothic Noir The Black Gloves on Kickstarter – Director Lawrie Brewster and writer Sarah Daly are back with Gothic noir The Black Gloves, a 1940s-set chiller featuring the Owlman, the iconic villain and viral sensation from their acclaimed debut feature Lord of Tears. The film will star Macarena Gomez (Dagon, Shrew’s Nest), Nicholas Vince (Hellraiser, Nightbreed), and Hex Media stalwarts Jamie Scott Gordon and Alexandra Hulme. The Black Gloves tells the story of a psychologist obsessed with the disappearance of his young patient, and the menacing owl-headed figure that plagued her nightmares. The film is currently set for release in autumn 2017. Watch the trailer below and support the project at kickstarter.com before May 24. 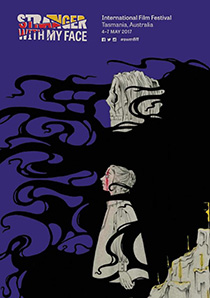 Stranger With My Face International Film Festival (Passes on Sale) – The 5th edition of Stranger With My Face International Film Festival will take place in Hobart, Australia May 4–7, 2017. This year’s program includes a retrospective of the celebrated New Zealand filmmaker Gaylene Preston; the Tasmanian premiere of the all-female horror anthology XX with one of the filmmakers, Roxanne Benjamin; and a screening of Wes Craven’s The People Under the Stairs with its cinematographer, Sandi Sissel ASC.

Stranger With My Face focuses on women’s perspectives in genre filmmaking with an emphasis on horror and related genres. Festival passes are now available at strangerwithmyface.com. 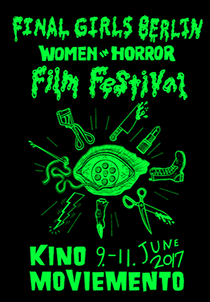 Final Girls Berlin Film Festival (Accepting Submissions) – Final Girls Berlin Film Festival, happening June 9–11, 2017, is dedicated to showcasing horror directed, written, and produced by women filmmakers from around the world. The festival is committed to carving out space for female visions in horror—whether it’s monstrous, heroic, or some messy combination. The goal of the festival is to highlight underrepresented voices, including works by queer, non-binary, and POC filmmakers. Watch the festival trailer: vimeo.com/212989587.

Inner Demon (Now on Demand) – Terror Films recently released Inner Demon, which tells the tale of teenager Sam (Sarah Jeavons) who manages to escape with her young sister from a deranged serial killer couple (Kerry Anne Reid and Andreas Sobick). Unfortunately, a cabin in the woods that she hoped would be a safe house turns out to be even more harrowing and dangerous than her initial entrapment by her captors. Inner Demon played at A Night of Horror International Film Festival, winning “Best Australian Feature”, “Best Australian Director” for Ursula Dabrowsky, and “Best Female Performance” for Sarah Jeavons. The film is now available on demand. Watch an exclusive scene:

The Watcher (Now on DVD) – Starring Erin Cahill, Edi Gathegi, and Denise Crosby, The Watcher is a mysterious film in which a young couple is terrorized in their new house by a strange entity. Events take a disturbing turn when a costumed figure is seen breaking in and out of their house. Fans of horror features, mysteries, or thrillers can pick up their own copy now on DVD at select retailers and on Amazon. Watch the trailer:

7 Witches (In Select Theaters and Coming Very Soon to VOD and DVD) – Indican Pictures has teamed with director Brady Hall to bring audiences 7 Witches. Shot near Seattle, Washington, the film is based on an ancient legend in which a curse haunts the land. In the story, Cate and Cody are set to be wed, but they have chosen the wrong spot and time. In this rural town, a coven of witches are set to bring a 100-year curse to fruition. Blood red revenge streaks across this isolated island, leaving Cate and Cody close to death. 7 Witches was released last month in a few select theaters. As of May 9, 2017, the film will also be available through VOD and on DVD in an unrated format. Watch the trailer:

Unearthed and Untold: the Path to Pet Sematary (Coming Soon to DVD) – Terror Films has partnered with Synapse Films for the physical release of this winter’s Stephen King documentary. Unearthed and Untold features interviews with director Mary Lambert and the entire cast. It also features never-before-seen footage from the sets in Maine and interviews with key crew and the townspeople. The documentary was released on demand in January. Synapse plans to add even more special bonus features for the upcoming physical release. Unearth this award-winning, critically-acclaimed documentary today and find out why sometimes—dead isn’t better! Watch the trailer:

The Dark Tapes (Coming Soon to Theaters) – One of the top 5 award-winning genre films of 2016/2017, The Dark Tapes has been picked up for U.S. theatrical distribution by Epic Pictures Group, who distribution credits include V/H/S, Tales Of Halloween, and Jeruzalem. The Dark Tapes has been described as a mix of V/H/S meets The Twilight Zone, The Outer Limits, and Black Mirror. The film has won or been nominated for 61 awards so far, including a Rondo Hatton Award for “Best Independent Film” in 2017. The film is currently available on VOD. Watch the trailer:

Red Christmas (Coming Soon All Around) – The controversial abortion-themed Australian horror film, Red Christmas, will soon be available for viewing in the U.S. The film stars (and was co-produced by) horror film acting legend, Dee Wallace (The Hills Have Eyes, The Howling, E.T., Cujo, Critters, Halloween, The Lords of Salem) as the mother of a squabbling family, gathered together in a remote Outback estate on Christmas Eve. When a mysterious, deformed young man named Cletus appears at their door, things soon go from petty insults to bloody, imaginatively orchestrated violence as Wallace attempts to protect her family from the vengeful intruder. The film deliriously infuses comedy and dark family secrets with outlandish gore and adds the always controversial subject of abortion in its blood-stained mix. A limited theatrical run is scheduled for August 2017 and DVD/Blu-ray and VOD releases are scheduled for October 2017. Watch the trailer:

New Teaser Video For "DITCH": Can't Lose with Oberst and an Axe
This is Why You Shouldn’t “Tour” an Abandoned Children’s Hospital
Stuff Monsters Like pReview: "The Dark Cinema" Seeks Horror Shorts for New Show