Either it’s been a busy summer for horror films, or Spooky has been doing a terrible job marking things in our email inbox. Or both. In any case, here’s a rundown of some terrifyingly interesting horror news.

Check them out at bloody-disgusting.com/podcastnetwork.

Gruesome Magazine Debut Issue Available Now – Available now in digital format and coming soon via print on demand, the Grue-Crew presents the very first edition of Gruesome Magazine. The quarterly magazine will focus on independent horror films, horror film festivals, and the future of horror. The digital magazine is available for $3.99 and the print edition is available for $9.99 (8.5×11”, full color, 48 pages). 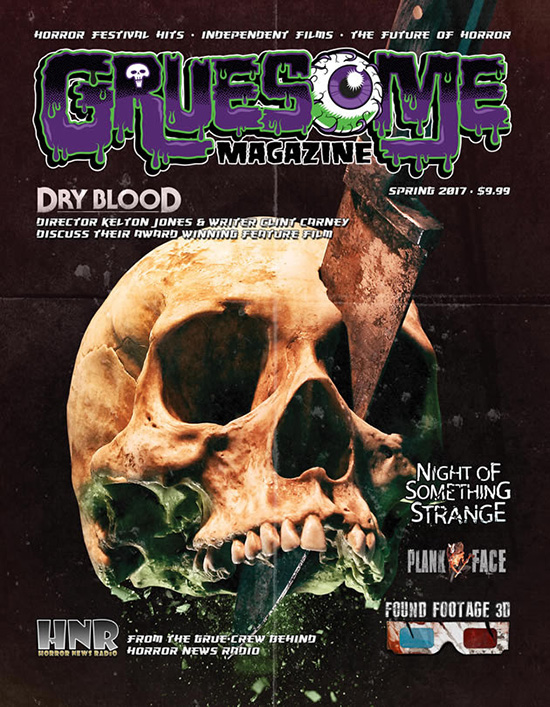 New Trailer for Horror Comedy Vidar the Vampire – Vidar the Vampire is a Norwegian ultra-low-budget horror comedy produced by UFOh! The film is set to premiere at the Norwegian International Film Festival in Haugesund on August 23 and will screen at both Fantasy Filmfest, Germany and FilmQuest, USA in September. In a desperate attempt to break free from routine, frustrated bachelor Vidar prays to a higher power to grant him a life without boundaries. Unfortunately, his prayers are heard and Vidar wakes up one evening as the Prince of Darkness in sin city, Stavanger. Watch the trailer:

First Trailer Released for Downrange – This terrifying new thriller from acclaimed director Ryuhei Kitamura (The Midnight Meat Train, Versus, Godzilla: Final Wars) will celebrate its world premiere at TIFF’s Midnight Madness this September. Six college students are carpooling cross-country when one of their tires blows out on a desolate stretch of country road. Getting out to fix the flat, they quickly discover that this was no accident. Watch the trailer:

Trailer Released for Escaping the Dead Ahead of Festival Run – Something is rotten in the state of Denmark! Escaping the Dead has been a 5-year-long endeavour, inspired by a series of articles about the death drug krokodil. The official trailer is here, and the film is headed out to festivals, like the late August Action on Film International Film Festival in Las Vegas. Watch the trailer: 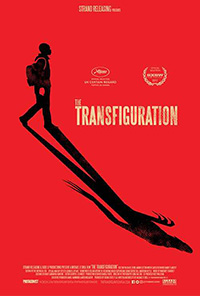 The Transfiguration Now Available on VOD – An official selection at the Cannes Film Festival, writer/director Michael O’Shea’s debut feature The Transfiguration follows troubled teen Milo, who hides behind his fascination with vampire lore. When he meets the equally alienated Sophie, the two form a bond that begins to challenge Milo’s dark obsession, blurring his fantasy into reality. A chilling portrait of violence, this is a stunning atmospheric thriller set against the grit of New York City. Find it now, on demand.

Cut Shoot Kill Now Available on VOD – Serena Brooks, an ambitious young actress, signs on as the star of a horror film with a crew of backwoods filmmakers that have worked together for years. When the cast starts disappearing, Serena has to become her character if she wants to survive! Written and directed by Michael Walker (Chasing Sleep), Cut Shoot Kill is available now, on demand.

Terror Films Releases Controversial Indie Thriller Del Playa – The film has been surrounded by controversy from the beginning. Viewers of the YouTube trailer mistakenly believed the movie was based on college student Elliot Rodger, perpetrator of the 2014 Isla Vista massacre. While director Shaun Hart maintains that the similarities are coincidental, a portion of the film’s profits will go to Arts for Humanity!, a nonprofit based in Santa Barbara, California. The film is now available through a number of video on demand channels. Watch the trailer:

Continuing Coverage - Cookie Monster Before Congress
The Owlman Cometh: A Kickstarter Campaign for "Lord of Tears"
Weird Tales Magazine is Alive and Kicking!