210. Monsters Like Guarding the Edge of the Planet on Old World Maps

In addition to conducting their own evil schemes and plotting mayhem against humanity, on occasion some monsters will take a second, part-time security position. It just gives us a little extra cash to pay the rent, or, you know, buy a freeze ray.

These security positions have changed a lot over the years. Originally, they included guarding treasures, fair maidens, or the gates to Hades. Today, lucky monsters can get gigs as bouncers to that club in New York that’s all the rage or as Beyonce’s bodyguards.

During the heyday of ghoul guards, every monster dreamed of protecting the edge of the world. The planet was flat, and someone had to defend its edges against invasion by curious seafarers.

Most maps had one or two monsters to stand guard at the world’s end. But every now and then, pirates would come back with such terrifying tall tales that cartographers had to fill their maps full of sea beasts and pig fish. 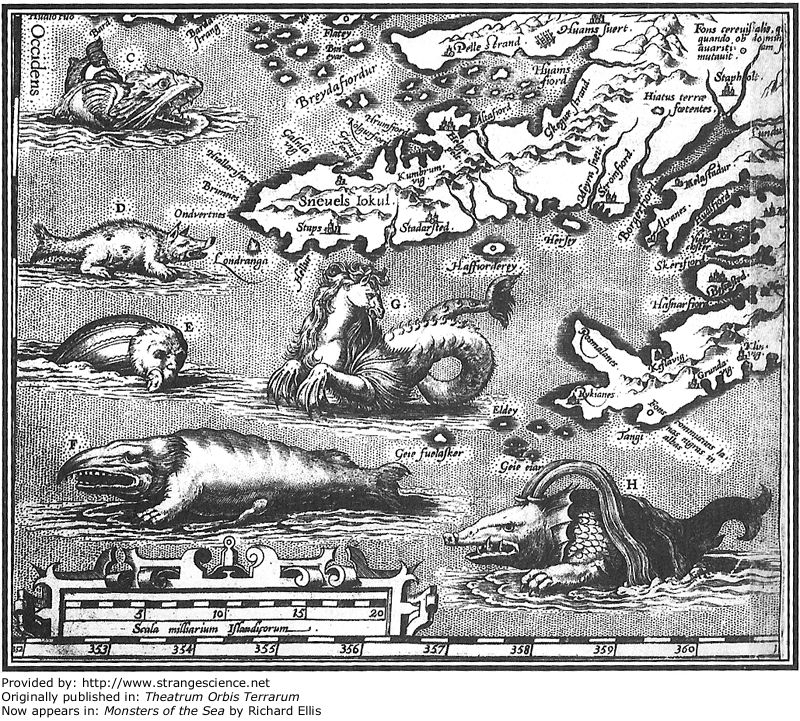