3 Awesome Things to Check out from Hex Studios Right Now 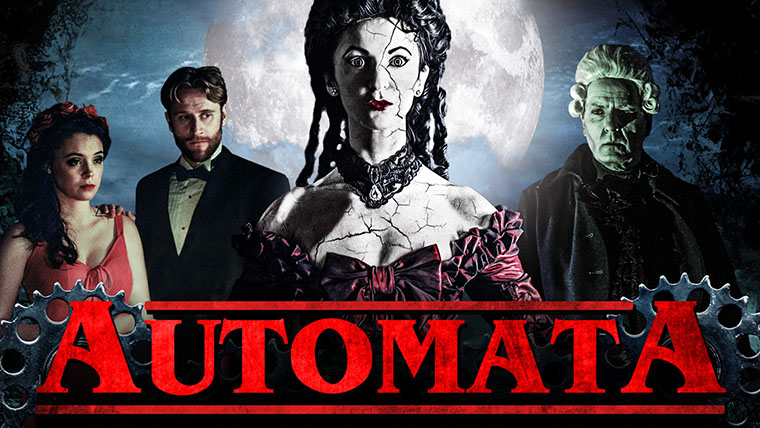 Our friends at Hex Studios in Scotland have been up to no good this spring—and we think it’s awesome! Check out these three new horror endeavors, and let us know what you think.

Hex Studios has released their eagerly awaited horror noir The Black Gloves to Amazon VOD. The latest offering from director/writer duo Lawrie Brewster and Sarah Daly, the period film with contemporary themes sees the return of the Owlman, the iconic villain and viral sensation first seen in their acclaimed debut feature Lord of Tears.

The Black Gloves tells the story of a psychologist obsessed with the disappearance of his young patient, and the menacing owl-headed figure that plagued her nightmares. His investigations lead him to a reclusive ballerina who, just like his patient, is convinced that she is about to die at the hands of this disturbing entity.

Watch the film now on Amazon Video or pick up a copy from Hex Studios at hexmedia.tv. Watch the trailer:

Hex Studios has premiered a new show shining a spotlight on the work of up-and-coming genre talents. “Hex Presents,” currently on the studios’ YouTube channel with more than 150,000 subscribers, sees Hex Studios’ Lawrie Brewster introduce a series of horror feature films from rising talents in the genre.

First up is festival favourite Egomaniac from director Kate Shenton. The film tells the harrowing and hilarious tale of one young female director’s efforts to get her indie feature made. The refreshingly honest horror comedy was a huge hit on the festival circuit, gaining Kate an avid following and bringing her talents to the attention of Hex Studios, who picked up the title for distribution earlier this year.

Hex Studios is dedicated to providing a platform for promising indies in the genre, and this new endeavor is a big part of that plan. With new episodes coming soon, Hex Presents looks set to be a staple for discovering new and underground horror.

Hot on the heels of The Black Gloves, director Lawrie Brewster and writer Sarah Daly are back with another slice of Gothic horror. Automata, the fifth feature from the duo, is a lavish affair with a vibrant color palette that tells the story of an antiques expert sent to authenticate a 300-year-old clockwork doll with a notorious history, the Infernal Princess. He soon comes under its corrupting influence, and along with his stepdaughter Rose, finds himself the target of dark forces beyond his control.

According Brewster, “Automata is a wild, Gothic thrill ride inspired by the decadence of Ken Russell’s Gothic, as well as the sensual expressionism of Argento’s Suspiria and Bava’s Black Sabbath. It’s by far the most ambitious film we’ve produced, with a truly epic story that switches between the 1700s and the present day to reveal the truth behind the curse of the Infernal Princess.”

The filmmakers have just launched a Kickstarter campaign offering pre-orders of the film, plush toys of their now infamous Owlman, credits, your very own cursed doll, and other goodies to fund the post-production of the film. Support the project now on Kickstarter: kck.st/2JygnzE

October Will be One Giant “Party” on SML
Abraham Lincoln Vs. Zombies: Exclusive First Pics
No Pants Required: An SML Monster News Roundup