325. Monsters Like Recognizing Personal Milestones by Making Others Read About Them 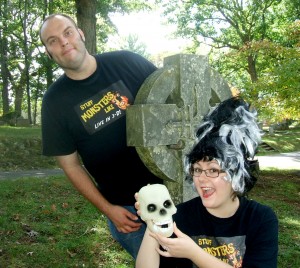 Can you believe we reached 500?

Since then, we have brought our readers over 300 things monsters like, along with a host of articles about monster celebrities, horror movies and reviews, holidays (including Halloween and Hug A Monster Day), and monstery news and events. We’ve even created the Monsteys, our own annual awards to present to those unlucky enough to receive our attentions.

Today, we celebrate our 500th post to Stuff Monsters Like.com! So we’ve decided to focus today’s post on our favorite monsters in the whole world: ourselves.

And just like the sitcoms we watch while waiting for the full moon to rise from the treelines, we decided that the best way to celebrate such a milestone is with a humorous and abstractly sentimental recap of our favorite moments so far.

The minions deep within the bowels of the SML Haunted Mansion and Blog Laboratory have worked tirelessly to develop five categories that can encompass our first 500 posts and beyond, and to collect the responses of our two Head Monsters, Jimmy and Sarah, as well as our monster mascots, B.A.R.T. and Strawberry. Here are the results of their efforts:

I’ve always been a big fan of old television shows like “The Twilight Zone” and “The Munsters.” A lot of people don’t know how groundbreaking it was to show a married couple in the same bed during the 1960s. Talk about being subversive. It was right there in black and white. The sexual revolution didn’t begin with Berkeley students and bra burnings, it began with Herman and Lily Munster.

It’s a well known fact that the way to a woman’s heart is through plays on words, food, and graphic violence. With this post, we get the best of everything. Here is one of our favorite monsters at his best: Hannibal Lector hosting a casual dinner party while deceiving his guests into eating one of their former students. As a woman, I can tell you it doesn’t get any better. Post #111: Finger Sandwiches came in as a close second favorite.

Most Requested Things around the Mansion

Strangest Film Mentioned on the Blog

Jimmy: Without a doubt, it is “The Gingerdead Man.” This movie makes no sense. It’s never explained why the star homicidal maniac is reincarnated as bread dough. But who cares? It features eternal crazy man Gary Busey. And with a tagline “Evil Never Tasted So Good.” Sign us up.

Sarah: Our Maniacal Master of Movie Reviews, Chris Moore, recently reviewed “Poultrygeist: Night of the Chicken Dead.” As part of our super serious monster film research, we’ve seen our fair share of Lloyd Kaufman movies, but only Chris has been brave enough to expose himself to the travesty that he reports “Poultrygeist” to be.

Jimmy: I used my psychic abilities at GeekOut 2013 in Asheville, North Carolina, to set a world record, telling 18 fortunes in three minutes using a crystal ball. I’ve never had a world record before. It was a big day.

Sarah: On our quest to purchase the moon, build a moon base, and record the first folk album in space, we got a little bit of attention from the press. SML’s venture was covered by everyone from local news sources to sites based in the UK and Italy. But once our Kickstarter campaign was posted to Boing Boing, we knew we’d made it big!

Evil Plot for the Next 500 Posts

Jimmy: I will continue to own it, crush it, and dominate it. I also pray to the Pagan Gods of Blogging that I have a few more ideas left inside my head for this website.

Sarah: I’m still working on the appropriate monologue to accompany my next epic apocalyptic plot. But I think I’ve about got the maniacal laugh down. Muah haha haha!

We have some great things planned for 2014 and our next 500 posts, including revealing to our readers more stuff monsters like, big Hug A Monster Day plans, and some new arrivals to the SML Haunted Mansions and Blog Laboratory. You know, aside from our new victims, ahem, guests in the basement dungeon.

What have been your favorite posts and moments from Stuff Monsters Like? We dare you to share them in the comments below.