358. Monsters Like Being the Stars of Their Own Movies, Bryan Cranston!

The name of this movie is Godzilla, Bryan Cranston. The film is not called Everyone Look At Bryan Cranston And How Awesome He Is.

Every freaking time I would appear on the screen, the giant lizard whom the movie is named after, I had to look down and see you acting your ass off, Bryan Cranston.

See, I don’t have a lot of tricks up my sleeve. Basically, all I can do is look all big and menacing and crash a lot of stuff. I never took method acting classes like you did, Bryan Cranston. I’m a one trick pony – er, lizard – but the people want to see my one trick: smashing the crap out of cities.

So, next time, Bryan Cranston, just stay home. You really wrecked my movie with all your process and being a master of your craft. Let the experts handle the big movies and you just stay on the small screen.

Also, Bryan Cranston, can I have your autograph? I love you in that one show. 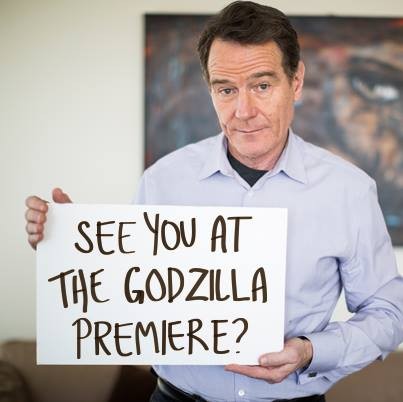