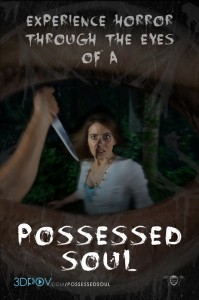 Experience Media Studios recently released its first teaser poster, storyboard images, and teaser clip for the upcoming horror film “Possessed Soul.” The story follows two teenage girls through the woods as they’re terrorized and slaughtered by a knife-wielding psychopath. Russ Anderson, a fellow teenager and leader of a Satanic afterschool cult, has lost his grip on reality. As the power of the cult grows, so does the demonic terror they have unleashed.

The feature-length 3D project is billing itself as a “visual and auditory experience from the first-person perspective.” A few storyboard images are shown below, followed by the teaser clip, but we’ll have to wait until the movie is made to fully see what it’s like to “experience horror through the eyes of a possessed soul.”

If you’re interested in this project, you can support it through a current IndieGoGo campaign. The project has a $550,000 budget, and is looking to cover 20 percent of the costs through pre-order perks. Sounds like a win-win for the studio and the viewers.

Here is the official press release:

Experience Media Studios presents the first teaser poster and storyboard images for its upcoming feature length horror “experience” shot entirely using 3DPOV® technology. This horror experience is unlike any other movie horror fans will have seen, telling the story through the eyes of the main character – in 3D. The audience will experience the sights and sounds exactly as the main character would, taking the concepts of “found footage” first-person perspective and 3D innovation to an entirely new level.

Possessed Soul begins filming August 2013 and uses Experience Media Studios’ patent-pending 3DPOV® technology. Possessed Soul will change how all audiences look at films in the future, not only horror fans. The experience is more intimate, more personal, and more frightening. 3DPOV delivers an experience that goes far beyond just watching.

The project is partially financed through pre-sales using the Indiegogo crowdfunding platform.  The campaign currently running on IndieGoGo gives the horror audience the opportunity to fund a portion of the film by contributing as low as $10. In exchange, they receive a Special Edition Unlimited VOD of Possessed Soul, including bonus features unavailable in the standard edition, and at nearly 40% less than it will cost to purchase when released. Many more perks are available, even giving fans an opportunity for an on-location set visit during filming and a role as a extra in the film.

Experience Media Studios’ 3DPOV® system enables the capture of a three-dimensional visual and auditory experience from the first-person perspective. 3DPOV® media delivers a higher level of sensory engagement than virtual reality that replicates a true-to-life binocular and peripheral visual field and a stereophonic auditory experience…

Two teenage girls are terrorized and slaughtered in the dark woods by a knife-wielding murderer. Russ Anderson, a disturbed and menacing teenage boy, awakes in a rage from his dream. Through his eyes, the audience experiences the horror of Possessed Soul. As they torment and abuse other students and teachers at their school, Russ leads his group of sinister and unstable friends into the perverse underworld of the occult. The group focuses their threats and intimidation on another outcast, Jake, stalking him mercilessly after school.

In their relentless pursuit to have their desires fulfilled through Satanic worship, Russ and his friends engage in a series of increasingly maniacal rituals through a haze of drugs and alcohol. The further they delve into the occult, the more their grip on reality is distorted, revealing the true horror among them and the manipulative demonic terror they have unleashed.

Experience Media was the studio behind the 2012 Josh Hutcherson and Hayden Panettiere drama “The Forger.” 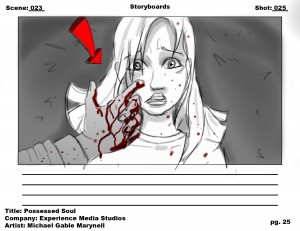 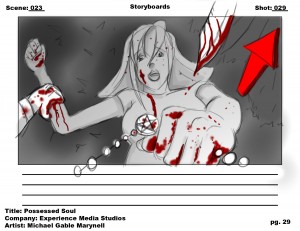 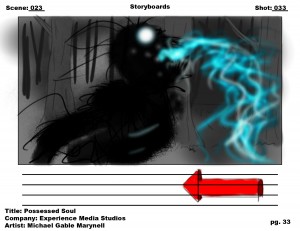