42. Monsters Like Cereal Sponsorship – A Brutal History of Struggle

In 1971, General Mills began producing both the Count Chocula and Franken Berry cereals (listed alphabetically, thank you very much!). And ever since then, there has been a feud between the two cereal superstars as to who was given the first cereal sponsorship. They have fought on the screen, behind the scenes, and everywhere in between.

Most other monsters publicly criticize them for their pettiness, but I’m here to tell you that more than one has fought tooth and claw for a sponsorship of their own. The 1980s and ‘90s were filled with all kinds of cereal takeovers – first in 1987 when Fruit Brute was replaced with Fruity Yummy Mummy, then in 1993 when the Creature from the Black Lagoon fought to get his own endorsement when Mummy was let go.*

It seems like Count Chocula and Franken Berry, along with their good friend Boo Berry, are destined to be the only lasting monsters in the cereal marketing industry. Guess it’s a little harder than you would think to represent a hearty breakfast of tiny marshmallows and sugar, and prove that it gives monsters the pep they need to greet each day of spreading terror and fright. 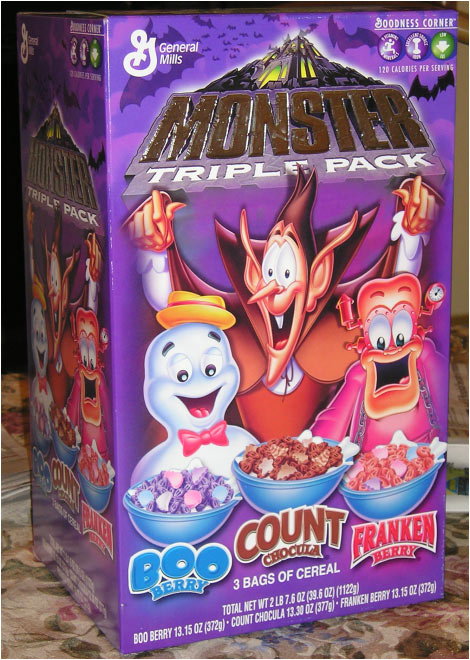 * – Click here to see the stunning documentary of the Creature’s trials and tribulations as staged by Robot Chicken.