Home Stuff Monsters Like 466. Monsters Like When the Good-Meaning Time Travelers Fail and Your Actions Inevitably Bring about the Destruction of Civilization as We Know it, Despite the Fact that it was Pretty Obvious You Should have Known Better

466. Monsters Like When the Good-Meaning Time Travelers Fail and Your Actions Inevitably Bring about the Destruction of Civilization as We Know it, Despite the Fact that it was Pretty Obvious You Should have Known Better

We don’t know what went wrong. We tried everything we could, but the momentum of time rolled inexorably forward and we were once again unable to stop the path that will lead to the world’s destruction.

We tried the truth. We tried sarcasm. We tried all the internet memes we could think of. We tried reminding you how many other leaders throughout history have tried the same tactics, only to succeed in inhumane practices that destroyed the lives of an entire generation around the world, not only at home.

We tried telling you that your future exists of nothing but homemade canned goods and sour beer while you battle zombies from underground bunkers. But somehow that managed to excite hipsters, preppers, and zombie lovers and haters alike. Big fail with that strategy.

As it turns out, our knowledge of the future was no match to your staunch determination to pave the road to our hell with false intentions. You chose instead only to listen to the soothing sounds of Cheetoh Mussolini as your brains succumbed to cognitive ease.

How at ease do you feel now, America?

The Future, who might just travel back to the Jazz Age and get plastered for a while 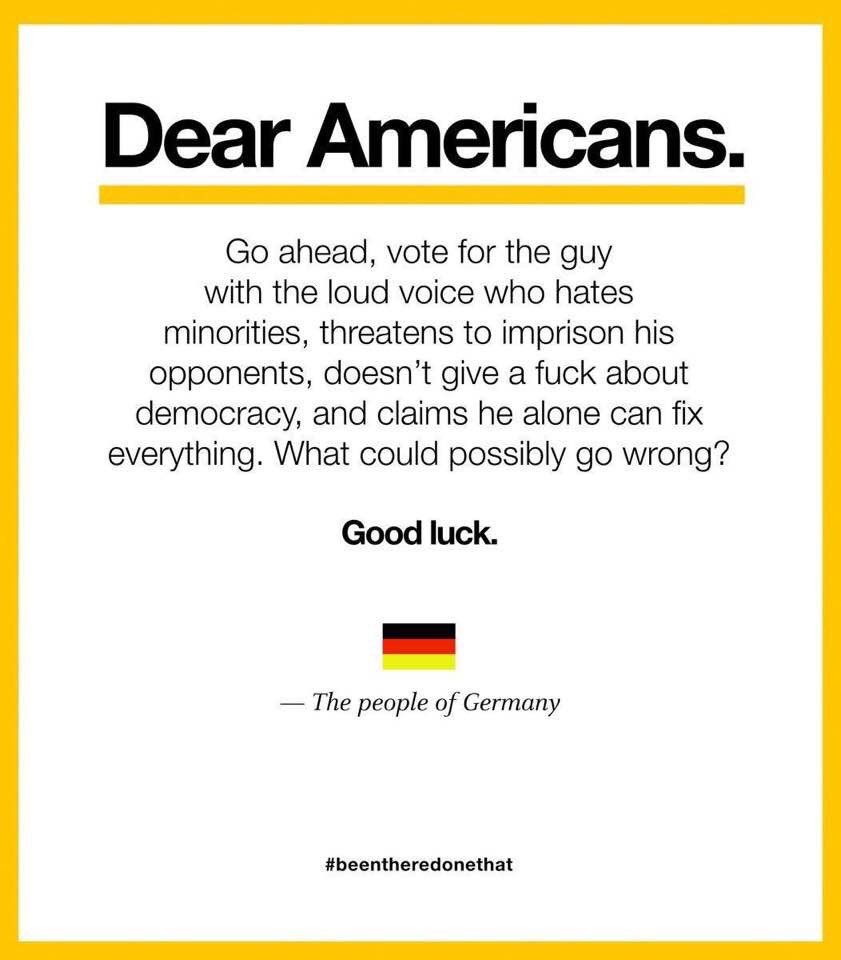