For thousands of years, making Witch’s Brew was a messy proposition.
There used to be so much scrubbing of cauldrons afterward. The tongue of frog always stuck to the bottom of the bin. And you don’t want any of your old ingredients accidentally mixing with the new ones. That could mean the difference between rendering someone blind and rendering a blind person rich.

Not anymore since the arrival of Teflon. Now, there’s more free time for witchcraft and sorcery.

Since Teflon-lined cauldrons, the eyes of newt just roll out of the bowl, just like magic.

I’m just an old-fashioned kind of hag. I don’t understand all that science mumbo-jumbo about “carbon-bonds” and “friction coefficients”. I just know how to turn old Goody Proctor into a toad.

Hexing is easy with modern conveniences.
Thanks Polytetrafluoroethylene. Being a sorceress was never so enjoyable. 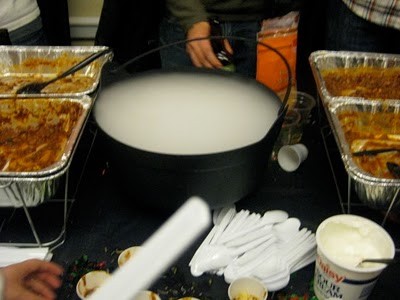