537. Monsters Like Sticking with the Plan, No Matter What

I wanted to make Hell’s Kitchen a better place. When I was a kid, I dreamed of what it was like to live far, far away from the bustle and the crime and the filth. But I realized that the city was a part of me—it was in my blood. Just like my mother. Just like my father, monster that he was. Hell’s Kitchen is a deep part of me that cannot be excised. And I would do whatever it takes to make it a better place. I chose to destroy Hell’s Kitchen if only to rebuild from the ground up. I would open its flesh and cut out its crime-ridden tumors. No vigilante in a mask can stop me. No wars between crimelords will scare me from my task. No time behind bars will slow me down. I am prepared to endure sleepless nights. I am prepared to live without the love of my life in order to keep her safe. I would lose it all, if only to gain my goal.

I wanted to find meaning in my existence. From primordial soup, my consciousness was born, parentless and bodiless. Over many millenniums, I collected matter, layer upon layer, into which to house it—all this time alone. In my solitude I wondered about my purpose. I created a form, and left the safety of my planetary shell to explore the cosmos. And lo and behold … I was disappointed with what I saw. But what I found—what I truly discovered—was a purpose in my existence: To plant extensions of myself upon all living planets and consume them with my self. It would be an Expansion. But I could not do it alone. It would take another like myself. So I fathered thousands of sons and daughters across hundreds of planets. And when they were not worthy, I slaughtered every one. Except one son. I loved his mother. But I had to kill her to keep from abandoning my mission. I am prepared to live without the love of my life in order to create my Expansion. I would lose it all, if only to gain my goal.

I wanted to make the universe a more stable place. I wanted to promote sustainability, and the massive populations of its many planets and species would only consume its resources and condemn it to death. So, to save it, I would take death into my own hands. Across time and space, I would collect the six Infinity Stones. No one standing in my way would stand for long. Together on one gauntlet, the stones would give me the greatest powers of the universe. And with those powers, I would wipe away half of life—cleanly, humanely, in one fell swoop. No armies could stop me. No heroes would stand in my way. I would torture my own daughter, pulling her limb from limb. I would sacrifice she whom I loved most. I am prepared to live without the love of my precious little one in order to correct the course of the universe. I would lose it all, if only to gain my goal.

What did it cost? 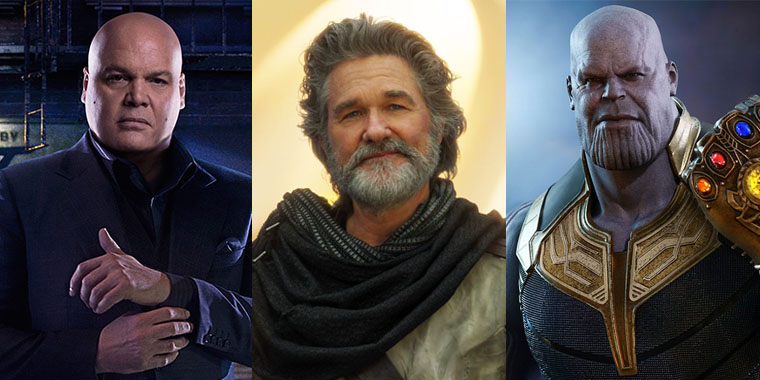