Home Kickstarter A New Hope: Meet the Man Who is Selling Us the Moon

A New Hope: Meet the Man Who is Selling Us the Moon 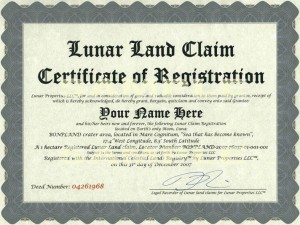 The Head Monsters of Stuff Monsters Like are trying to buy the moon.

We have been campaigning all month to raise money, attention, and support. But who, you have asked, do we buy the moon from?

As you learned in our Kickstarter video, in 1980, American entrepreneur Dennis Hope filed paperwork declaring himself owner of the moon. His business, the Lunar Embassy Corporation, now sells lunar real estate by the acre. (We’re told that he allocates plots by closing his eyes and pointing to a map of the moon.)

Hope calls himself the interim president of the first galactic government. Once we successfully purchase the moon from him, we will assume that role, becoming the Super Presidents of the moon.

Until then, we’re letting Hope do all the boring paperwork for us. His interim government has already ratified a constitution, a congressional body, and a unit of currency. Not bad. If he behaves himself, we might keep him on as our door man.

To learn more about Dennis Hope and his fledgling galactic nation, visit the Lunar Embassy website and MoonShop, or read this wholly scientific article from National Geographic. 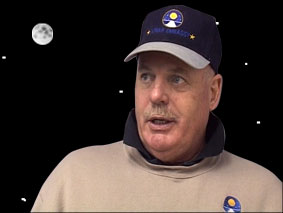 Dennis Hope – well on his way to a minor role in the new moon regime.

Our Kickstarter Campaign - Rounding the Dark Side of the Moon
This June, Send us to the Moon!
Is the Moon Still Out of Reach? - Our Kickstarter Wrapup Post