Home Horror Reviews Inside the Mind of a Horror Master: Our “Best of” Reviews of James Wan Films

Inside the Mind of a Horror Master: Our “Best of” Reviews of James Wan Films 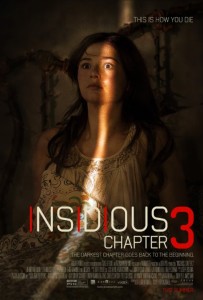 Insidious: Chapter 3 premieres on Friday and is sure to be the biggest horror film of the summer. The story may be a prequel to the previous films, but sometimes you have to move forward in time to move backward chronologically.

Distort your sense of time, space, and reality by catching up on the work of producer and series creator James Wan.

Worried that you may not have time to watch the first two chapters plus related films like The Conjuring by Friday? They’ll be plenty of fretting to do while you’re watching the films. Don’t stress yourself out about whether you can get through your Netflix queue. Let SML help.

It just so happens that we’ve reviewed quite a few films on which James Wan played a role. Check out our selection of film reviews.