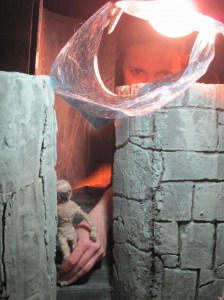 Dawn Brown has worked on the sets of major motion pictures as a concept artist and set designer, including the Hunger Games trilogy, Tim Burton’s Alice in Wonderland, and J.J. Abrams’ Star Trek. Recently, Dawn created her own stop-motion animation studio and is launching a series of web shorts based on the 2012 animation short “House of Monsters.”

Q. First of all, tell us about “House of Monsters” and Monster Shop, Inc.

I made a stop-motion short film called “House of Monsters” in 2012. It was inspired by my love of those Rankin/Bass holiday specials, Tim Burton movies, and Looney Tunes all rolled together. I wanted to make something that celebrated monsters and mayhem, and could be enjoyed by the whole family. The short film did really well on the film festival circuit, and people were asking for more. We were inspired and motivated to keep going with it, so we turned to Kickstarter to raise the funds to make more.

The Monster Shop is my studio – I launched it with the “House of Monsters” Kickstarter campaign. Everyone on the crew is an accomplished artist in the film industry, and I wanted to develop a means for us to create original content and pool our talents to offer our creative services directly to the industry.

Q. How did you get into stop motion animation, and what is it about the fascinating world of monsters that made you choose to tell their stories?

I’ve been working in the art department of live action films for quite a long time, but there’s always something I’ve really loved about animation. I’m not formally trained. I taught myself how to animate by reading books and watching the “behind the scenes” clips on DVDs.

A few years ago, I just decided to jump in and give it a try. I made a short film called “Zooland” and had a great time. It was choppy and chunky, but I loved making the film and was inspired to keep on going. For the next project, I wanted to visit another longtime love – monsters! Classically misunderstood, yet relatable, beloved monsters. There is a goldmine of stories to tell, I hope we get the opportunity to tell them all! ;) 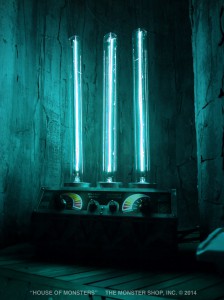 Q. What is an average day like on the set of your studio?

I don’t know if there is such a thing as an average day! But right now, we are in pre-production on the new episodes. I am building props and furniture for the laboratory set, and Warren Manser, the character designer, is working on the puppets. We will be making new sets and puppets for the next two months or so, and hope to start shooting in mid-July. I am excited that every day we are inching closer and closer to starting shooting again in this monster universe.

Q. There are two new monster shorts coming our way thanks to a recent, successful Kickstarter campaign. How was the Kickstarter experience for you? Would you launch another project through a crowdfunding platform?

Our Kickstarter experience was incredible. It really came together in that last week, and we hit the goal on the last day. There was such a wonderful feeling of community and energy that people wanted to see this happen as much as we did. It was incredibly humbling and inspiring.

As for launching another crowdfunding project – I don’t know. It’s too soon to tell. The fans have done their part. I would like to believe this project will help us earn the credibility to capture the attention of the studios… and they can pay for the next one! Ha! ;)

Q. Which monsters can we expect to see in the two new shorts? Will there be any surprises?

I would like to keep some surprises, of course! But I will say you can expect the monsters from the 2012 short to return, and some new ones. (That’s actually not really helpful at all, is it? Ha!) 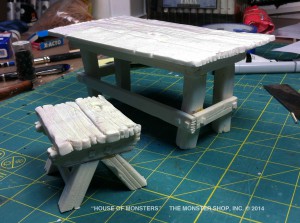 Q. What is your definition of a perfect day?

A perfect day is doing what you love, with people you love.

I am a werewolf. I love creatures that can transform themselves to unleash their true powers. Set the beast free!!

Q. What have you learned from being in this field that others may never realize?

Everyone has a story to tell. Whether you write, draw, sing, act, or dance – whatever. And while it can be intimidating to “put yourself out there,” it can also be incredibly rewarding to find people who connect with you and your story. You might just be surprised how small the world can get. :)

Just one last shameless plug: New “House of Monsters” episodes will be available early next year. 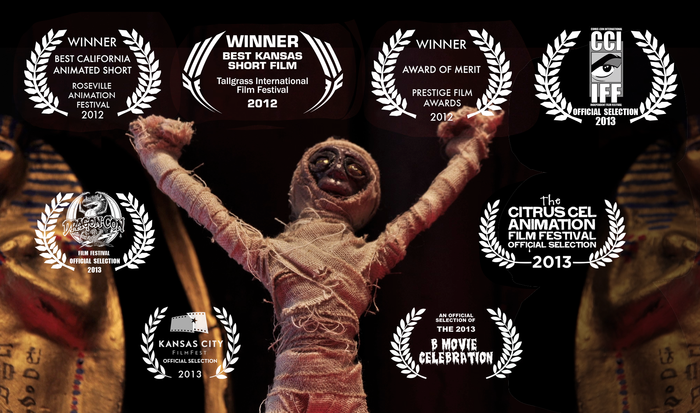 Our thanks to Dawn and Monster Shop, Inc. for the exclusive sneak peeks of the set for the new shorts!