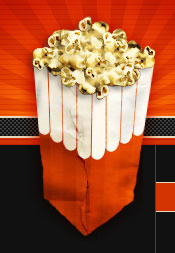 Jeffrey Atencio is better known as the Jaded Viewer. Since December 2006, his site has reviewed all manner of films, including horror, cult, grindhouse, gore, splatter, and exploitation films. “The jaded viewer” has been nominated for a number of awards, and his reviews have been featured in film trailers and on DVD covers. Jeffrey also reviews NYC Haunted Houses and runs a Tumblr blog entitled “Who is that hot ad girl?”

Q. I watch a lot of horror movies. Obviously, you do as well. Do you ever fear one day that you will get bored with them?

There are times after watching the umpteenth indie horror screener that I do get bored watching horror movies because it’ll get repetitive and overly cliched. That’s why on the jaded viewer I tend to mix it up every now and then. I’m a big Jean Claude Van Damme fan (my rating system is based on JCVD spin kicks) and I’ll review action flicks every now and then. I’ll also review a few Hollywood flicks, putting my own spin on a review called the WTF List.

I don’t fear I’ll get bored with horror, as for every 10 crappy cliched slasher flicks, there will be a kickass horror film that will slice and dice it’s way into my jaded heart.

Q. Tell us a little about your blog, how it started, when, and what it’s about.

My blog is The Jaded Viewer. I started it in 2006 and it was more of an outlet for me and to vent my opinions and reviews on all the horror, splatter, cult and grindhouse flicks I had watched. I tend to make my reviews funny and break down my reviews in the most efficient way possible (Is there nudity? Is there lots of gore?). I add in a few lists, blather commentary on anything interesting and search the intertubes for some hidden gems that have been previously ignored.

I’ll construct a review where I do a Q&A with myself, give you a mock quiz or give you photos where I caption them. I clearly deserve a Congressional medal. 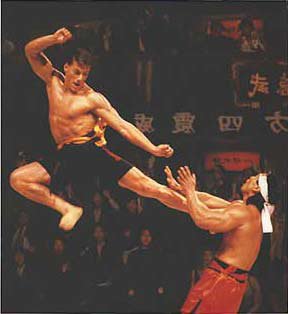 Bad horror flicks make up like 70% of the entire horror genre. I’d say SyFy originals, Uwe Bolls atrocities, most flicks from the After Dark Horrorfest series and any horror movie with a DVD cover with a close-up of a scared woman’s face where her mouth is being covered by an unknown hand is destined to suck.

As for solidly awesome horror this year, “Hobo with a Shotgun,” “Rubber,” “Stakeland,” and “Tucker and Dale vs. Evil” are a few flicks headed to my Best of 2011 list.

Q. You apparently watch a lot of scary movies from around the world. Which country makes the best horror movies and why?

If you asked me this question last year, I’d have said France. But the French seem to have dropped off a bit this year. I still think the good ole United States of America has the horror scene that is; when it’s not remaking, reimagining, and re-sequeling can create good solid horror movies.  America has the range of coming up with gritty realism, super duper slashers and making pretty much the best zombie movies on the freakin’ planet. Japan, Korea, the UK and Canada are all on the up and up but oddly enough America can surprise you by reinventing the horror genre every few years because we’re a very frightened by pretty much everything.

Q. In your opinion, what is so magnetic and attractive about scary movies?

Scary movies are like driving down the highway at ludicrous speed. Multiple fears are being tested, from possible arrest to death. But if done right, you’ll survive and get a rush from the experience. Horror movies pull emotions in so many directions. Everybody wants to be scared in a control environment and horror flicks do exactly that. We like questioning decisions, rooting for the final girl in her revealing tank top and applaud when our killer meets grisly demise. But we also will go all 360 and root for the slasher, applaud when the victim fodder are decapped and we still think we’d be smarter than everybody in the movie. What other genre can offer that?

Q. Why are victims so dumb in slasher flicks?

Because they don’t charge their phones when they take a trip to the woods. Plus they still all use flip phones. I’m 100% sure an iPhone could save 60% of all teenagers being stalked by a crazed slasher.

Q. You and I could talk about scary movies for weeks, so is there anything you’d like to mention that I failed to ask?

My running gag on my blog is if I ever had one of my reviews quoted and on the back or front of a DVD box, I’d end the blog. Or so I say. I’m also a compulsive liar. Seriously, that’s the truth.