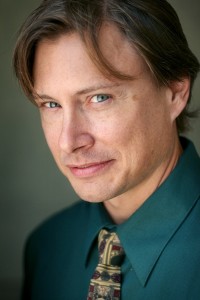 John Michaelson has acted in over two dozen film and television projects, including “Wolves of Wall Street” and John Waters’ “Cecil B. Demented.” He has also been seen in a 2-year recurring role on “All My Children.” Michaelson has been nominated several times for his one-act performances.

Q. John, did you always want to act? Were your family and friends supportive?

I didn’t really begin to catch the acting bug until college where I was enrolled as a music major. I actually approached the university theatre program but realized that it would probably be better for me to finish my bachelor’s degree in music. After I graduated, I began auditioning for community theatre work in the Washington, D.C. area (where I’m originally from) and I very quickly got cast in my first acting role. Interestingly enough, the lead actor in this particular show never showed up at the first read-through, and I was given the starring role in my first play. Within a couple of years, I got hired for my first professional stage show, and local TV commercial spots soon followed. 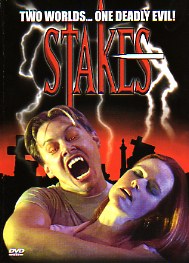 “Stakes” proved to be great fun. It was actually shot in Baltimore (Baltimore was very good for my film career it turns out!) during the 9/11 attacks. I had recently relocated to New York City, and I remember taking the Amtrak down to the D.C.-Baltimore area to work on “Stakes,” and seeing all of the military armed guards on the city streets. That memory was creepier than even vampires from an alternate reality!

Q. Your “Cecil B Demented” co-star Ricki Lake seems so nice and bubbly. Do you have any memories or stories you’d like to share?

“Cecil B. DeMented” was my first big Screen Actors’ Guild acting role in a major studio picture, and learning that both Melanie Griffith and Ricki Lake would be my two primary scene partners was quite thrilling and daunting! 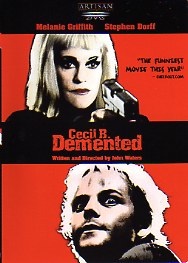 I was on set for two weeks, scheduled around Ricki’s talk show. I think my favorite memory (apart from seeing “Cecil B. DeMented’s” world premiere at the Cannes Film Festival), was one long night shoot when Melanie, Ricki, and I spent much of the evening sitting together in a set limousine. I was hanging out intimately with both Hollywood and Television royalty! Melanie Griffith mentioned that she and her new Spanish movie star husband (Mr. Banderas) had just closed on a $4 million house in Los Angeles, Ricki Lake had just renewed her talk show’s contract for another 5 years, and I was gonna be able to pay my very small one-bedroom New York apartment rent that month!

Also, fun to note was my daily lunches with actress Maggie Gyllenhaal (who punches my Charles character in the face for my final exit from the picture). She had recently graduated from Columbia University and was beginning her film career too.

Q. John, you can help solve this age-old riddle. Which is better: Love at first sight … or love at first bite?

First sight or first bite? Wow, I’d love to hear what Max Schreck (“Nosferatu”), Bela Lugosi, or even George Hamilton would say to that one! I think probably love at first sight, but I did thoroughly enjoy biting both of my “Stakes” co-stars Syn Devil and Christie Wood!

Q. It seems you are attracted to horror roles and scary movies. What was the first horror movie that you truly loved?

I never really sought out horror acting roles per se, that genre just kind of found me, I think … and happily!

The first really scary movie that my parents took me to (even though my aunt warned them against it!) was “Alien.” I remember burying my head in my father’s lap during the John Hurt kitchen table scene!

Also worth mentioning was the first time I saw “The Exorcist” at one of my grandmothers’ house. I had to run out of the room when Linda Blair did the vomit routine, although the creepy hospital scene with the neck needle and brain scan (or whatever was going on there) was probably even more frightening. The snoring that my grandmother did later that night was even more freaky than Mercedes McCambridge‘s demon voice work!

My other favorite scare flick would have to be 1982’s “Superstition.” The witch images and voice work in this low budget horror film are AMAZINGLY SCARY! Even Robert Osbourne recently aired “Superstition” on Turner Movie Classics!

Oh, and one more really good one for horrific death scenes is 1981’s “Galaxy of Terror!”

Q. What are your upcoming projects that we should keep an eye out for?

In another one, “Emmanuelle in Wonderland” (a musical placed in storybook land), I play a character based on Peter Pumpkin Eater, who in the film is unhappily married to the old woman in the shoe! This project was a hoot to film. I’d love to work with Rolfe again in the horror genre!

I also just shot a travel show TV pilot for the Bravo Network in the host role which is most likely going to be finished next spring. Just before I went in for my audition for this one, I noticed a familiar face sitting on the couch next to me. Auditioning for a different project at the same Los Angeles studio was actor William Gregory Lee (TV’s “Dark Angel” and “Dante’s Cove”) who played opposite me in David DeCoteau’s werewolf flick, “The Wolves of Wall Street.” I ended up having such a wonderful chat with him that I took that energy with me into my audition and nailed it, winning the travel show host role!

And, I’m not sure if it’ll ever even make it to DVD (although it certainly should) is a frightening cannibal film that I shot a couple of years ago, “Primitive Recall.” As far as I know, principal photography was completed on this movie, and there has always been a wonderfully cut trailer (which you can access from my website). I finally got to play the heroic lead in this one and I continue to hope that it will see the light of day at some point!

Jim, thank you again for your interest in including me on your fabulous website! If you network with any horror film directors and producers that might enjoy putting my wacky mug in one of their flicks please send them my way!

To learn more about John Michaelson, visit his website.