If you’ve been watching Christmas standards all your life, you’ve missed out on some truly great gems. These gifts to modern cinema (and your device screen of choice) offer a chance to extend the Halloween season into Christmas, instead of the other way around. They offer not only a refuge from the twinkle and cheer, but give it a sharp ax to the Santa hat-laden temple.

Here is our gift to you this Christmas. These holiday movies are to die for! Released five years before Halloween and the start of its genre-changing legacy, Black Christmas is a classic early slasher. Sorority sisters are harassed by creepy phone calls from “The Moaner” before the blizzard of murders begin. Can the local police get their act together in time, or will all the girls be added to the naughty list? 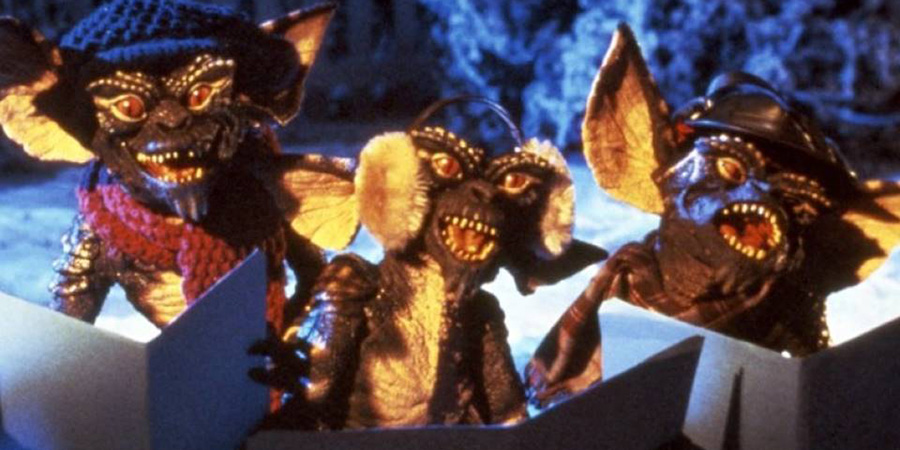 Deck the halls with Gremlins, one of our favorite holiday films. When a young man acquires an adorable Mogwai as a pet, he quickly proceeds to violate the three rules given for its care. What results is a town overrun by little green monsters, ready to wreak havoc—and sing you a tune. It’s rated PG, so it’s a great starter horror film for the little gremlin in your life. You’ll hardly sleep in heavenly peace after this classic. Billy, triggered by the trauma of seeing his parents murdered by a guy in a Santa suit, becomes a killer himself, crossing off everyone whether naughty or nice. A great pick if you like slasher serials like Freddie Krueger. He CAN see you while you’re sleeping, after all! Best of all, it’s easy to binge a full day with this one—there are at least a handful of sequels. The Nightmare before Christmas (1993)

The debate continues about whether this is properly a Halloween or a Christmas movie. But the holidays are a time to come together…and agree to watch it anyway. This stop-motion classic features a talking skeleton who discovers Christmas (though he struggles with its “true meaning”) and declares himself to be the new “Sandy Claws.” We forgive you if you think this is a saccharine holiday tale about Michael Keaton coming back from the dead in the form of a snowman to have one last holiday with his son. That was actually Jack Frost (1998). In this one, the dude that comes back as a truly abominable snowman was a murderer who died crashing into a truck of “genetic material.” Trigger warning: Watch out for how he uses his carrot nose. What would happen if the ghost of a murderous Gary Busey returned to life as a pastry? Wonder no more! If the holidays invoke in you images of sweet baked goods, quality family time, and lots of blood, donut miss this one. This movie was so a-glazing, it spawned a sequel: The Gingerdead Man 2: Passion of the Crust. 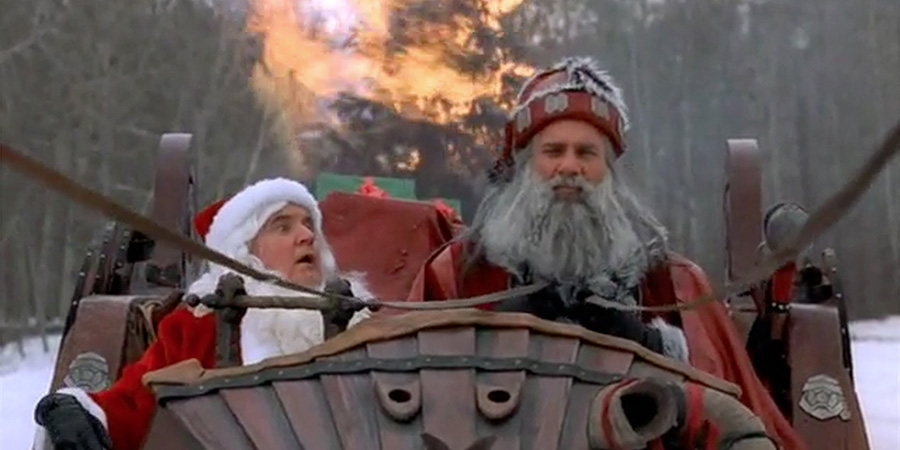 Is it a coincidence that “Santa” looks so much like “Satan”? In Santa’s Slay, there is no jolly ol’ saint—just the antichrist sentenced to 1,000 years of community service delivering toys to kids. Instead of cheer, it’s eggnog-curdling fear delivered straight to your chimney by former pro wrestler Bill “Who’s Next?” Goldberg. Move over, Billy Bob Thornton—this is one bad santa! In this Finnish tale, a monstrous St. Nick is excavated in an archaeological dig. Once freed from his tomb, children begin disappearing and reindeer are found slaughtered across the countryside. Leave it to Americans to go digging where they don’t belong… 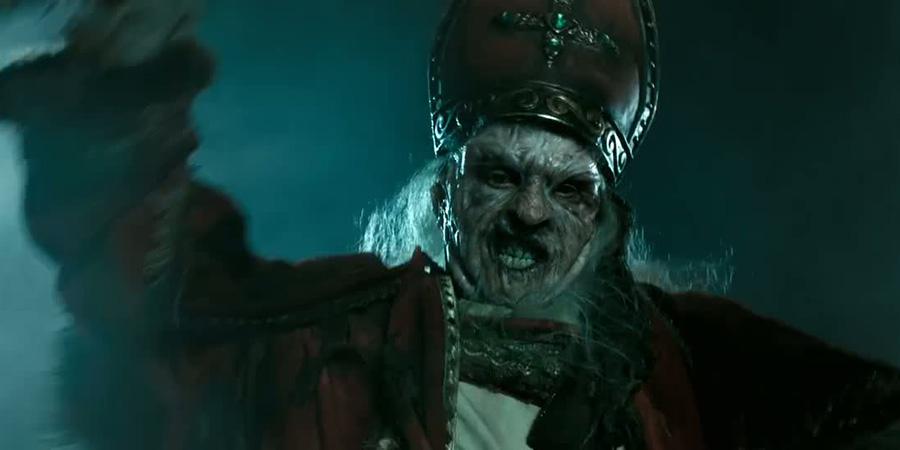 In this Dutch film, “Sinterklaas” doesn’t bother with a naughty or nice list. According to forgotten legend, more than 500 years ago the original Niklas was a bloodthirsty brute who was lynched by local villagers. Though his original story has been overshadowed by holiday cheer, every 32 years when Christmas coincides with a full moon, Sinterklaas and his gang, the Zwarte Pieten (Black Peters), rise as ghosts to take vengeance upon Amsterdam. 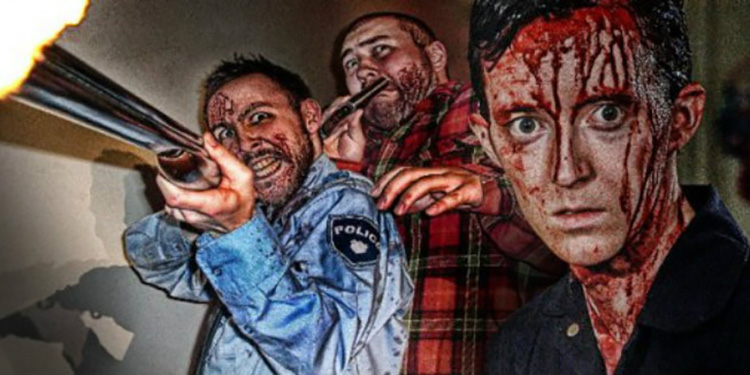 You know what Christmas needs? More zombies. Or rather, more reanimated cadavers from the university lab. In this low-budget horror comedy, a group of outbreak survivors band together at the local university to battle a dark force taking hold of the cadaver lab. Led by the campus janitor, can the rag-tag group clean up the mess before it’s too late? Last season’s inevitable commentary on the consequences of consumer culture came to us in the form of an Austro-Bavarian goat demon (and his accompanying holiday minions). In his theatrical film debut, Krampus is inadvertently summoned to the home of young Max Engel when a series of all-too-typical holiday experiences cause him to lose his Christmas spirit. Don’t expect Santa or elves in this one. This controversial abortion-themed Australian horror film stars (and was co-produced by) horror film acting legend, Dee Wallace (The Hills Have Eyes, Cujo, Critters, Halloween). When a mysterious, deformed young man appears at the door of a family gathering, things soon go from petty insults to bloody, imaginatively orchestrated violence.