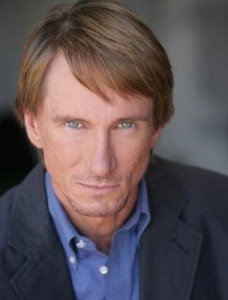 Our minions at the SML Haunted Mansion and Blog Laboratory have gotten word of a new television show that will feature independent horror shorts, and we couldn’t be more excited!

As you may have read, we kinda have a crush on horror actor Bill Oberst, Jr. Now, we’re excited to pass on news that he will be hosting a new half-hour horror/sci-fi/thriller anthology television series, “The Dark Cinema.” Sure hope we can get it on the Haunted Mansion’s cable package…

And take note, indy filmmakers! Producer Cheryl Compton has told us that they’re actively looking for shorts from the UK and around the world (submission details can be found on their Facebook page). The shows trailers will be made in English, German, and Spanish.

We’ve attached the press release below. If you have any more news or updates about the show, let us know in the comments below!

Horror/Thriller/Sci-Fi Anthology TV show, THE DARK CINEMA, featuring short genre films from around the globe, to be hosted by Bill Oberst Jr.

FOR IMMEDIATE RELEASE – Aug 06, 2012 –
Prolific horror favorite, Bill Oberst Jr (Abraham Lincoln vs. Zombies, Dismal, Scary Or Die; as well as the Daytime Emmy-winning Facebook App, Take This Lollipop) is set to host the pilot episode of THE DARK CINEMA, a horror/thriller/sci-fi anthology television series, which will feature the short films of independent filmmakers in bite-sized half-hour segments.

Oberst, who has been dubbed “the new Karloff,” and also unanimously declared “the nicest guy in horror” by nearly every single industry person who comes in contact with him, had this to say about the project: “I can’t wait to make like a modern-day Vincent Price. This is the creepy stuff kids dream of. I really love the short film format. It forces a director or writer to have a concise point-of-view. The films in the pilot pack a powerful punch in just a few minutes.”

THE DARK CINEMA was created by producer Cheryl Compton (writer of the upcoming paranormal thriller, Within The Darkness), who after nearly five years of working in mobile content distribution, saw that there was an untapped market for short horror films. “There are so many great short genre films out there. However, after their initial film festivals runs, they often end up fading away on a YouTube or Vimeo page. THE DARK CINEMA will bring these films to a wider television audience, not just the hardcore fans who frequent the film festivals and conventions. Most of these filmmakers made their shorts to showcase their talents, so we’re hoping to get more eyes on their product.”

Compton continues, “we are so excited to have Bill on board the project. He will make a great horror host. Not only is he beloved by the horror community, he is is a passionate fan himself. He’ll be able to speak about the genre and its history with respect and intelligence.”

Compton and Oberst have also teamed up for EVIL’S TOY, which is a full-length horror feature about a young college woman who becomes obsessed with a Ouija board and unwittingly unleashes a demon through the world of social networking. Compton penned the screenplay and Oberst is attached in the lead as the Demon Gadriel. They are currently seeking investors and production partners.

THE DARK CINEMA is accepting submissions from filmmakers. All horror/thriller/sci-fi sub-genres are welcomed. The producers are especially interested in films that have a possessed toy or evil object theme for the pilot, which will be filmed in early October. At this time, all films must be seven minutes or less and in a broadcast-ready format. Please see their Facebook fanpage for submission details and FAQs.

Weird Tales Magazine is Alive and Kicking!
Happy Holidays from the Owlman
“House of Monsters” is Now Open to Guests: Exclusive Images from the Set