Stuff Monsters Like got an exclusive sneak peek this week into Dawn Brown’s House of Monsters.

Winner of this year’s Mary W. Shelley Award for Monster Animation, Dawn’s project takes her 2012 short film, House of Monsters, and expands it into a rich web series. After they delivered her award certificate, our minions snuck inside the studio to gather what intel they could about the shoot. They discovered that there is still another month or so of filming left before the episodes go into post production. But the release date for the videos should be no more than a few months away.

While they were there, a couple of the minions managed to steal a couple photos before they were discovered. These exclusive images show scenes from the upcoming House of Monsters web series. 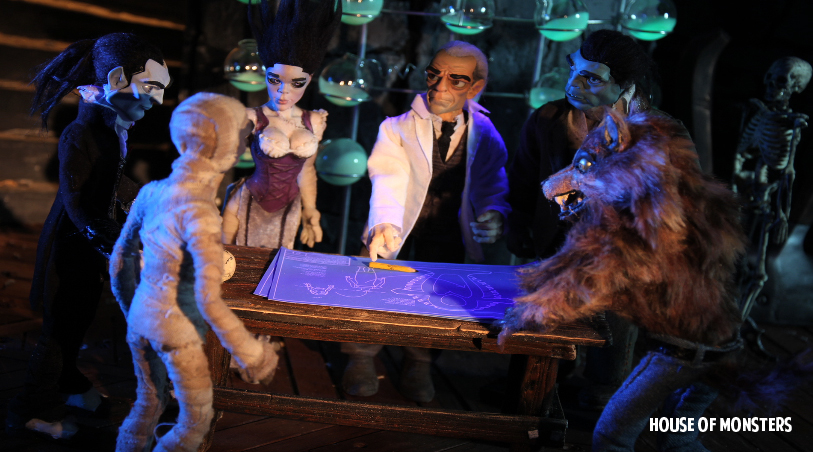 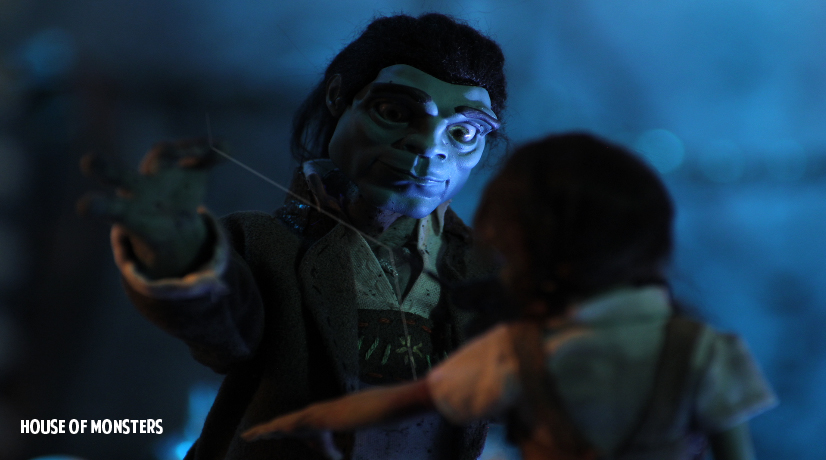 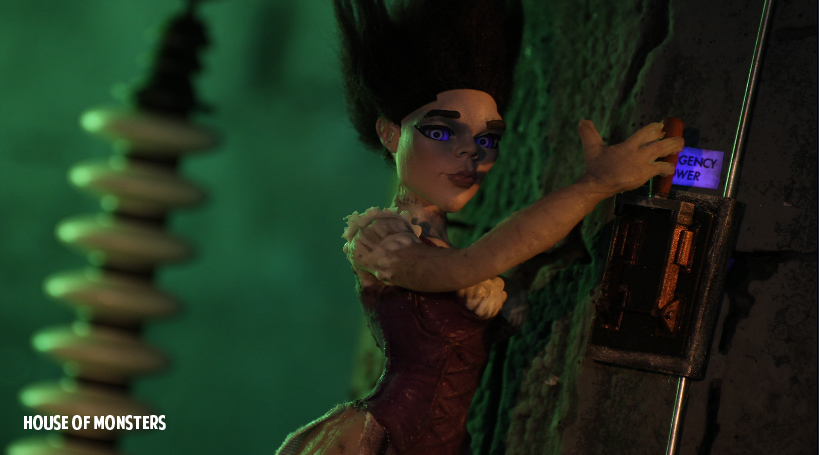