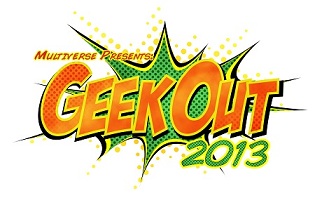 GeekOut, “WNC’s Popular Arts Convention,” will return May 4 at the Sherrill Center at UNC Asheville in Asheville, NC. The festival features celebrity guests, includes activities for all age groups, and celebrates all aspects of pop culture from film, television, and animation to costuming, comics, and stage performance. 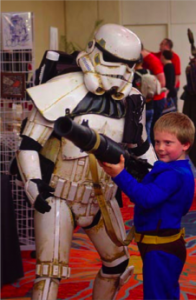 Western North Carolina’s annual popular arts convention—a celebration of film, art, costuming, comics, and animation in the heart of the Blue Ridge Mountains!  Thousands of fans come to the Sherrill Center in Asheville, NC the first weekend in May to:

Celebrity guests for GeekOut include actors Amber Nash and Lucky Yates (FX’s Archer), Sonya Thompson (The Walking Dead, Zombieland), artist Louis Small, Jr. (Artist for Vampirella), the Carolina Ghostbusters, and others.  Over 50 vendors and illustration artists are slated for GeekOut’s Vendor Hall and Artist Alley, the latter curated by downtown gallery Studio ZaPow, to give attendees plenty of opportunity to pick up elusive collectibles or original fantasy art.

Activities for young and old will include live-action role playing, where skilled actors will portray fantastic characters for fans to engage in conversation or battle, a “Photo FX Studio,” where a professional photographer and Photoshop artist will digitally add special effects to bring convention photos to life.  There will also be a costume showcase (attendees are encouraged to come in costume) for fans themselves to take to the stage!

Doctor Horrible’s Sing-Along Stage Show will return after its standing-room-only performance at 2012’s GeekOut.  Other performances to look forward to include swordplay and stunt demonstrations from the SCA, juggling troupe 40 Fingers and a Missing Tooth, and multiple musical guests.

But of course, that’s not all…

Stuff Monsters Like will be hosting a panel at GeekOut entitled “Monsters vs. Cats: How to Invade Earth for Five Bucks a Day.” Many people think monsters fear angry villagers carrying pitchforks and torches. In reality, a monster’s biggest enemy is a cute, cuddly kitten in a box.

Join the Head Monsters of SML as we finally decide who should own the internet in our video battle royale featuring Monsters vs. Cats! Closing out the day at 5:00 PM in the Panel Room.

Look for more info from us soon, or check out our official Facebook event page for updates.

The Pathfinder Society (Role-playing scenarios), The Deck Box (Card-Based Gaming) and The Wyvern’s Tale (Warmachine and Tabletop games) provide three separate programming schedules for  hundreds of gamers from across the country to explore, beginning May 3 and continuing until May 5.

GameXCape presents the Digital Oasis, three days of competitive and casual video gaming: everything from family-friendly social games to hardcore head-to-head game tournaments, with cash and prizes on the line! 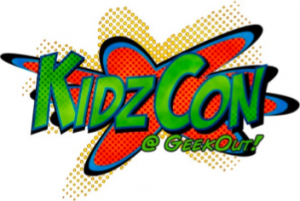 KidzCon is a new addition to the festival.  “Many families with children attend conventions like ours, but never find programming specifically for them,” said Janae Foster, KidzCon director for GeekOut. “KidzCon celebrates the way superheroes and science fiction can deliver the concepts of science, reading, and imagination.  It’s like another convention, right inside the bigger one.”

GeekOut is one of the largest illustration & pop-art exhibitions in the Southeast!  The artist alley at GeekOut features nationally-celebrated and award-winning artists and colorists from the comic book industry, as well as independent artists from across the country.

The artist alley is curated by Asheville’s own ZaPow!, the Southeast’s only gallery dedicated to illustration artwork!

GeekOut’s Dealer Hall is an intergalactic bazaar of comics, replicas, vintage toys and games, and collectibles!  Whether you’re scouring the tables for that one elusive piece to complete your collection or just marveling at the plethora of wares on hand, the dealer hall is filled with sights to behold! 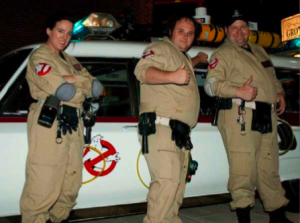 Festivities will kick off Friday, May 3 with gaming at the Days Inn, a reception at ZaPow! illustrative studio and art gallery in downtown Asheville, and Geektastic, a burlesque-themed vaudeville performance at Boiler Room, featuring popular Atlanta steampunk band The Extraordinary Contraptions.

The convention center will open at 9:30 AM on May 4. Tickets are on sale through the GeekOut website and the UNC Asheville box office. A full schedule of guests, programming, and activities for GeekOut is available at geekoutavl.org.

GeekOut is managed and hosted by Multiverse, the fastest-growing association of fans in the Southeast! Multiverse hosts events year-round in western North Carolina in support of the geek community and associated local businesses. For more information, check out the GeekOut website or their official Facebook page.

This post was spliced together from official press material supplied by GeekOut.