Someday, we’ll all be ghosts, cursed to return to Earth to haunt the places we once loved and torment the still-living who wronged us.

Well, at least I hope that’s what happens. If we don’t get to exact revenge upon our enemies while floating around in a semi-opaque holographic shell, then what’s the point?

And then there are those who can’t wait to be ghosts. They are so excited to one day be deceased they start acting dead while their hearts are still beating. Take, for instance, 24-year-old Anthony Stallard. He’s a young British man looking for a little excitement. And one of the best ways to do that is stir up some mayhem. That’s what he did. Sort of.

You can be the judge. We think his version of mayhem was kind of tame, even though he was arrested and ultimately fined. 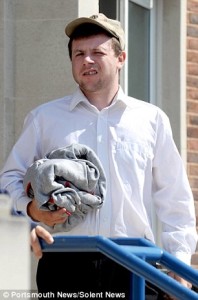 There must not be much to do in the little town of Portsmouth, where Stallard dwells. In early August, 2014, Stallard decided to walk down to the Kingston Cemetery, find some people mourning for dead relatives, and show them a good time. Stallard, according to the case’s prosecutor, lunged around, waved his arms, and said, “Wooooooooooo.”

Apparently, this isn’t necessarily a crime, but if you do it in a British Cemetery, you can be arrested.

The book wasn’t thrown at Stallard. But, he was fined the equivalent of about $100. That’s a pretty expensive prank. You could buy all your friends a few rounds of drinks with that kind of cash.

You should try to make people in mourning laugh. It’s good for them. Just don’t prank them in a British cemetery. Apparently, once you enter into those wrought-iron gates, it’s a crime. 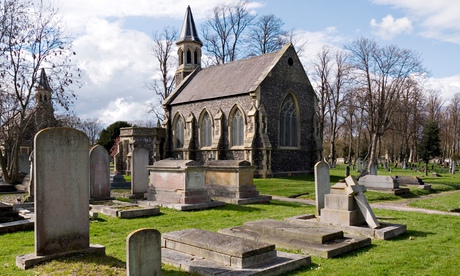