Science has promised us the coming of Virtual Reality (VR) for years. More like decades. It will be a totally immersive experience, filling up our minds and senses and bodies with fantastic and impossible scenarios. In fact, when you step into this technology, you will no longer be able to distinguish your real, analog, humdrum life from the hyper-real computer world.

You’ve likely seen VR technology in sci-fi movies. The actor puts on glasses, maybe even a suit, and is instantly transported to another world, one of their choosing. Not the bland existence we face on a day to day basis. An alternate reality that is augmented and special and magical. Yes, I said “magical”.

Scientists, programmers, and even LSD guru Timothy Leary, promised us VR was coming and it would change the world as we know it. It was going to blow our minds, but it never arrived. Well, maybe it arrived in research laboratories at expensive universities, but it didn’t come to our living rooms. The idea of submerging yourself in a fictional cosmos was too far ahead of its time. It takes a lot of hardware and power to run an invented universe.

Many users of Virtual Reality or proxy bots report that after some time passes, the virtual sphere becomes real. Their consciousness is transported into the robot they are remotely controlling, or into the computer world. They are no longer aware of their flesh body. Their digital surroundings are their new home. If a technology can fool our senses on that level, it is truly “magical”.

But the real promise of VR is in its presentation of endless possibilities to learn, teach, augment our lives, and to someday increase our brain capacity.

My question has always been, “What can we do with VR once we get it?” Many people will just want to escape, to live like they have super powers or beautiful lovers and refuse to come back to their work-a-day lives. Some people will use it to expand the definition of themselves. And yet, others will use it for sadistic purposes.

Virtual Reality as a Medicine 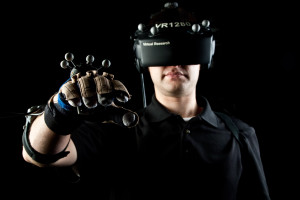 VR has a promising future, at least within the world of medicine. It is currently one of the leading ways to treat and even cure PTSD (Post Traumatic Stress Disorder).

Imagine that you are deathly afraid of heights. You can’t even look out a window two stories above the streets.

But with VR, you can safely face your fears without any threat of mishaps. In the virtual world, you can stand on the ledge of a 50 story building and gawk at the ground below. Stand on one leg. Do a handstand. Whatever you want.

This is called Virtual Reality Therapy. It’s a high tech way of doing exposure therapy. In the olden days (whatever that means), exposure therapy was a little more threatening. Say you were afraid of snakes or spiders. Well, yeah, you guessed it. You would have to sit in a room with snakes or spiders. Real ones that may bite you. I’m not arachnophobic, and most animal bites are non-threatening, but I still don’t want to get chewed upon either way.

How Far Can We Go?

Most people would enjoy traveling into a world of wonder and awe, like entering into Willy Wonka’s Chocolate Factory. Let’s take this one step further. Would you use VR to travel into a horror movie? A good, old-fashioned slasher flick with hockey masks, bloody showers, and razor-sharp machetes?

Why not? There’s nothing to fear. Virtual worlds are harmless. It may be fun to enter a fabricated haunted house with pretend ghosts and digital sounds. Maybe test your mettle by battling a psychopath with a big knife? But only that little part in the back of your mind would know the difference.

I never ask, “Should we build this?” Once something is inevitable, fighting it is a waste of time and energy. I’d rather study and try to understand it.

Here’s a few of my predictions and questions about the time when we can all retire into blood-splattered horror universes to unwind after a hard day at the office.

1)   People will get addicted. Whenever something is thrilling and gives a jolt to the endocrine system, people will indulge in it. What are we to do with people who find the thrilling environment of VR more fulfilling than their real lives? How do we treat them? We should start asking this question now, because someday, this may impact us all.

2)    There will be protests. There always are. There will be voices who say we’ve gone too far. Technology that can recreate realistic graphic murders is dangerous and should be stopped. How will we counter these arguments? Will the protesters be correct?

3)   Will it get too real? Even violent video games have a large aesthetic distance within them. You’re in your living room, you’re eating potato chips, you’re controlling avatars on a screen with your thumbs. None of this could be mistaken for “reality”. But what happens when it can be mistaken?

Will this new immersive tech make some people say, “Wow, that was way too much for me”? Could this technology cause panic attacks and psychological breakdowns? The days of Pac-Man are long gone.

4)   These virtual universes will attract the fringe. Maybe, frighteningly, the “realness” of simulated murder will draw a small portion of the population. What should we do for them, if anything? Of course people will use and misuse technology to fulfill sadistic fantasies. But will this be a crime, or a warning sign for other behaviors?

5)   There will be fatalities. Sometimes, after viewing a terrifying movie, we’ll say, “It scared me to death”. But this can actually happen. For nearly 100 years, medical science has found when humans experience stressful situations, our “Fight or Flight” mechanism kicks in. Adrenaline pumps into our bloodstream. Our pupils dilate. Our heart rate and blood flow increase. We’re ready for something. But, in rare cases, this sudden system shock can kill us.

It’s only a matter of time before an adrenaline-soaked virtual horror world or game shocks someone’s system for the final time.

Again, this is rare, but sudden death can even happen in cases where people are perfectly healthy and without heart issues.

What Would You Do?

So, if you were ever given the chance to run from a psychotic, axe-wielding madman through a warehouse of scattered baby doll parts, would you do it?

Would it make your life better? Maybe. Maybe not. It would be an experience to share later at the pub.

I would surely jump at the opportunity. After all, it might be fun for once to make a stupid decision and go check on that noise in the dark, musty basement even though all the signs say “RUN”!!!!! 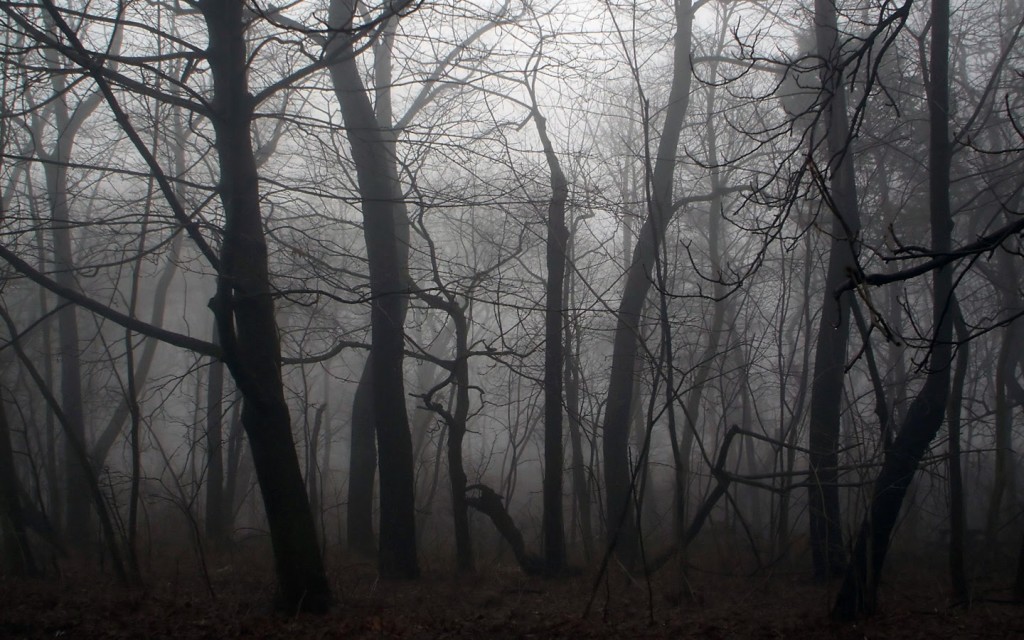 Jimmy also writes and manages the Incredible Vanishing Paperweight, a blog designed to cure his existential angst as a post-industrial nihilist and trans-humanist. The post will also appear on IVP, which you can follow here.