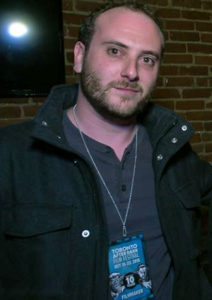 Zach Green is the producer of Fatal Pictures, a film production company based in Toronto, Canada. Green is a filmmaking jack of all trades, also serving as casting director, production manager, editor, and crew member for the company’s four current, critically acclaimed and award-winning horror short films. SML has previously reviewed “Familiar” (2012) and “Heir” (2015), which is currently touring the festival circuit.

Q. First of all, tell us a little about yourself and your role as producer at Fatal Pictures.

I have been producing movies with my producing partner, writer/director Richard Powell, for about 10 years now. To date, we have produced four award-winning, critically acclaimed short films, and are currently in the middle of financing our first feature film.

As the lead producer of the company, I deal with all the day-to-day paperwork and/or legalities that arise—all the logistics, for the most part. My job can and does consist of many things, from financing to the cast and crew. Of course, there are numerous people helping out on our films, but for the most part, it’s all on myself and Richard. Has been like that since day one, and I can’t see that changing. I try and take on as much as I can between myself and other co-producers we work with so Richard can focus solely on the creative aspects.

Q. Your latest film, “Heir,” has been making its way around the festival circuit, including the Fantasia International Film Festival. How has that experience been? Did you expect this kind of reception?

To actually be in the theatre for the World Premiere of your film is always amazing. You get to see how everyone reacts and handles certain imagery. It can definitely be nerve wracking at times. The response the film got at Fantasia was nothing less than brilliant. Richard and I could not have been more grateful for the way the film was received. I’m proud to say the film has gone on to win a few awards!

We did expect reactions; we just didn’t necessarily know which kinds of reactions the film would receive. Hey, anyway one would react to the film, I’m very glad and job well done. The film is yes, of course, going to push the envelope and show you some very powerful moving images, and without a doubt have you talking amongst your friends after the screening. That to me is what cinema is and should be: thought provoking and making you really feel something, whether it be happy or dark. But (most importantly!) entertaining!

Q. “Heir” was also nominated for a Rondo Award this year, how did that feel?

Richard and I couldn’t have been more thrilled and honored about that. Just to get the nomination to us is the victory. It’s basically a popularity contest. The fact we were nominated was the win! Very honored to have been nominated! 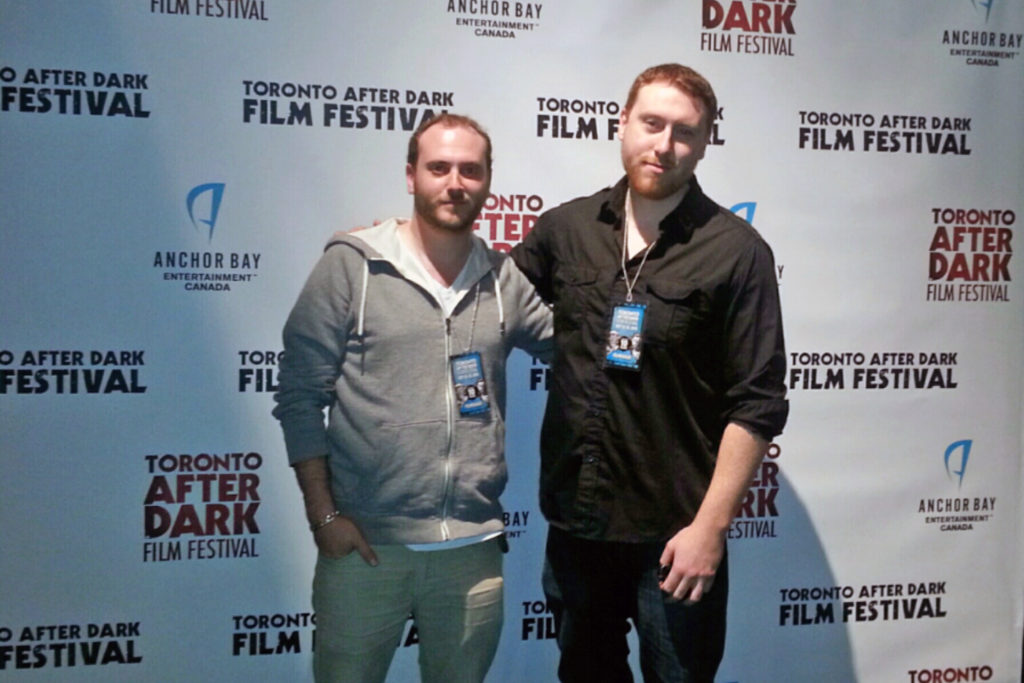 Q. What can you tell us about “Heir”?

Well, they say child abusers are monsters, what if they really were monsters?

After connecting with a stranger of similar interests online, family man Gordon and his young son Paul embark on an ill-fated road trip during which Gordon aims to indulge in a secret passion. Before the day ends, a horrible truth will be uncovered and a harsh lesson will be learned…

Q. We love it when filmmakers develop relationships with actors over several projects. What brought you back to Robert Nolan for this film?

Robert Nolan is hands down one of the most talented and humble actors I’ve had the pleasure of working with over the years. He was extraordinary in “Worm” (2010), magnificent in “Familiar” (2012) (which can be purchased on iTunes), and nothing shy of brilliant on the opposite side of Bill Oberst, Jr. in “Heir” (2015).

We had Robert come back to play the role of Gordon in “Heir”, but not necessarily the same type of character we all grew to love. This time, we had him play a character more on the opposite side of the coin. And if anyone reading this has seen “Worm” or “Familiar”, they would 100 percent know what I’m talking about. We teamed Mr. Nolan up with maybe the hardest working man in horror today: Emmy winner Mr. Bill Obesrt, Jr.

The two of these actors sharing the screen is just fucking wild. Sparks were flying. Insane madness was oozing everywhere! There were moments where people just couldn’t contain themselves.

Q. What have you learned from being in this field that others may never realize?

How much money it costs to make great film. “Heir” is on the festival circuit right now. Check out www.fatalpictures.com to see where the next upcoming screening will be. Might be in your town!

It will definitely become available to the masses early 2017!

Q. Where can we see any of Fatal Pictures’ previous films?

Our previous film “Familiar” (2012), starring the brilliant Robert Nolan, is currently on iTunes. Once “Heir” has completed the circuit this year, look out for it on iTunes!

Q. Any future projects in the works?

Richard and I are currently trying to raise finances for our feature film debut. Look out soon for that.

Note: SML will bring you more information about that project as soon as we hear about it.

Q. Is there anything else you’d like to talk about that we failed to mention?