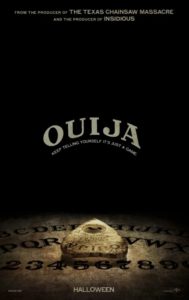 There are only three rules to Ouija, the beloved Parker Brothers board game:

While it’s pretty easy to make it through a game of Monopoly without really abiding by the rules (be honest—have you ever read them all the way through?), it turns out the rules for using a Ouija board are meant to be taken more seriously. Too bad someone didn’t explain that to the Zander family in Ouija: Origin of Evil.

Meant as a prequel to the 2014 film, Ouija, which I haven’t seen, Origin of Evil works well as a stand-alone film. The story follows a widow and her two daughters in 1967 Los Angeles. Alice Zander is a newly single mother who works from home as a fortune teller. Her oldest daughter, Lina, thinks Alice is a fraud and isn’t too much more in favor of the spirit realm as a whole. Younger daughter, Doris, on the other hand, still thinks there’s something to it all.

When Lina sneaks out to a house party and encounters the “new” board game, she recommends her mother buys one to incorporate into her act. Doris, though, wants to use it to speak to dear old dead daddy.

With only three simple rules, totaling less than a dozen words, you’d think it would be easy to abide by them. But somehow all three Zander women manage to break the rules and crack the divide between the living and the evil dead. At first, Alice embraces Doris’s connection to the other realm, pulling her out of school to help with her at-home seances. But when Doris starts acting a little too strange, and kids at school start getting hurt, Father Tom (because of course they go to a Catholic school) gets involved. 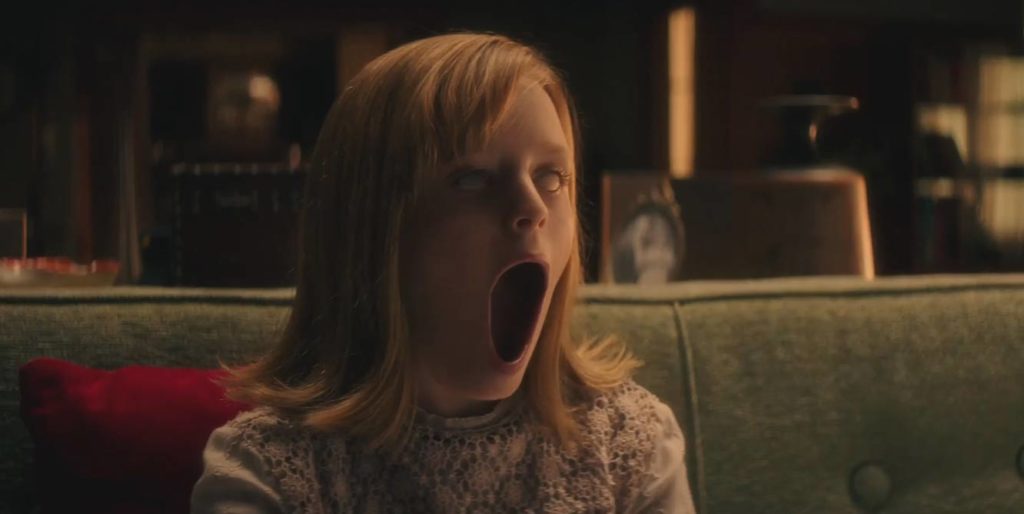 The basic structure of the film is nothing particularly new: Young girl gets possessed. Family tries to separate her from the evil taking over her body. Demon girl starts climbing the walls and throwing boyfriends off the balcony. Even the source of the evil, the particular spirit in charge of the house, makes you want to roll your eyes from the cliche.

Nonetheless, I’d still say Ouija: Origin of Evil is worth the watch. The visuals are well done and exceedingly terrifying, especially if you’re the type who shudders at both creepy children and things in the walls that you can’t see. The ending is also refreshingly macabre. No spoilers here, but let’s just say you won’t leave the film cheering for the victor you expected.

The best feature of the film was how well they balanced the period aspects of the storyline with the audience’s modern sensibilities. Though the film takes place in 1967, and the costumes reflect it, the audience isn’t over saddled with period comments or cliches. Sure, there’s the one instance of someone saying “groovy” at a party, and the bubble-screen television playing Howdy Doody. But otherwise the setting was understated enough that the threats felt immediate.

As you watch the film, see if you can spot the cigarette burns at the “reel changes.” Little touches like that, along with effective jump cuts and creepy CGI, make up for any faults in the plot’s denouement. 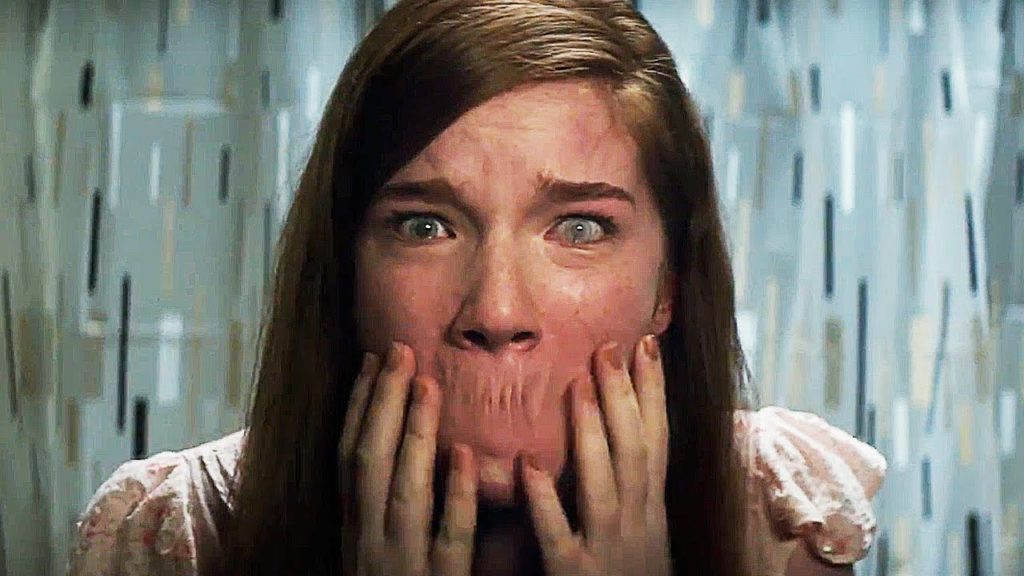