Press Release from Miss Cakehead, one of SML’s celebrity friends:

The Black Ink Society, a Kraken Rum supported research team, has recovered and secured the remains of a Kraken found off the North Kent coast. It has now been revealed that an autopsy on the remains took place aboard the Kraken Hunting sea vessel X-Pilot in view of Redsand Forts where the beast was found – 9 miles off the coast of Kent in the Thames estuary – on the 17th October. 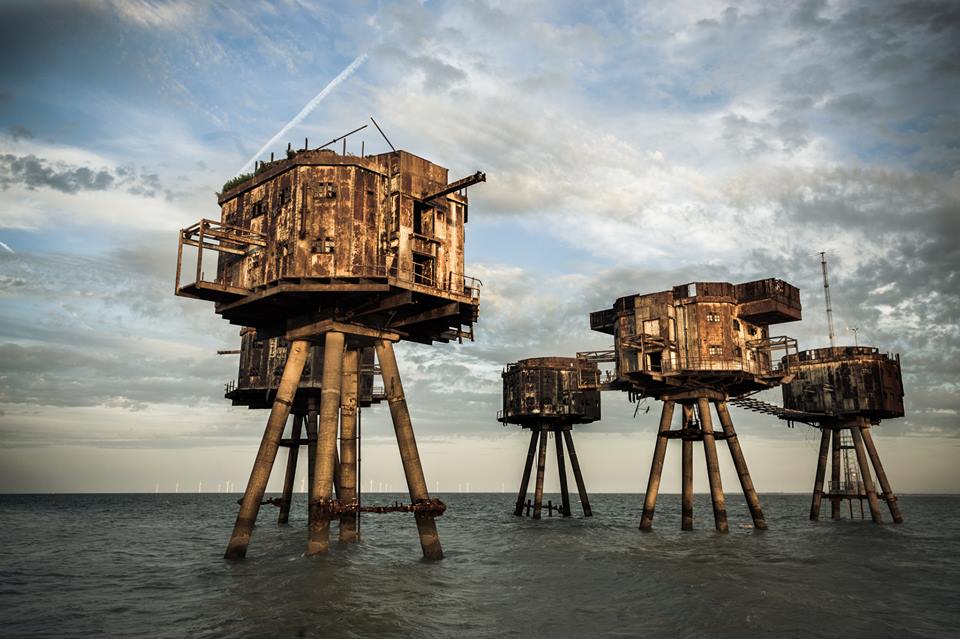 Several parts of the Kraken were brought on board the ship for further investigation which included a giant eye (white chocolate eye filled with Kraken Rum), Kraken cysts (black pickled onions), eye pupils (black eggs), black sticky stomach contents (liquorice and black treacle), an entire kraken mouth (Kraken Rum cake) with over 200 teeth (made from white chocolate) and the remains of a human skull intertwined with juvenile kraken tentacles (Kraken Rum cake). Washed down with a delicious mixture of rum tots and grey and murky Kraken pus (white chocolate hard shake). The flesh of the kraken is said to have mysterious properties so valuable it must be consumed.

To toast this incredible scientific discovery, The Black Ink Society had a nationwide competition seeking cocktails ‘as dark as a Kraken’s ink’ in their HQ in Queenborough. The two winning bartenders were invited on board to view the autopsy and later opened an exclusive pop-up bar to serve their creations. 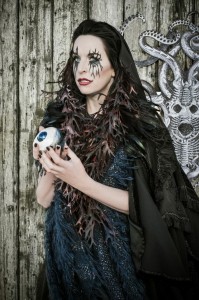 Sarah Harker, who is about to open a new site called Sohe Fusion Smokehouse, also served her ‘Earl of Kraken’ cocktail which saw fresh herbs and cloudy apple juice smoked with apple hickory woodchips and left to infuse, with other ingredients including, St Germain and Cointreau. Both drinks were served with 50ml of darkly delicious spiced black Kraken Rum.

As part of their public outreach programme, The Black Ink Society will share the autopsy results at Feed The Beast – Miss Cakehead’s infamous pop up Halloween cake shop called ‘Eat Your Heart Out.’ The shop can be found at the The Rag Factory (16-18 Heneage Street, which is just off Brick Lane from 25th–27th October, 11.30am – 6.30pm).

Visitors will see the remains of the Kraken corpse and be able to feast on its putrid maggot riddled flesh (Kraken rum cake with marzipan maggots), see disturbing cake installations and sample cocktails as dark as a Kraken’s Ink. The public can also visit the space to view a video of the Kraken autopsy and see a full photographic gallery of the process. ‘Treats’ on sale in the space are set to include festering mouth-of-Kraken cupcakes, chunks of human flesh and Kraken rum  ‘Drowned Sailor Hands’. Entry to the event is free with no tickets required but due to the nature of the cakes on sale only those aged over 18+ will be able to enter. 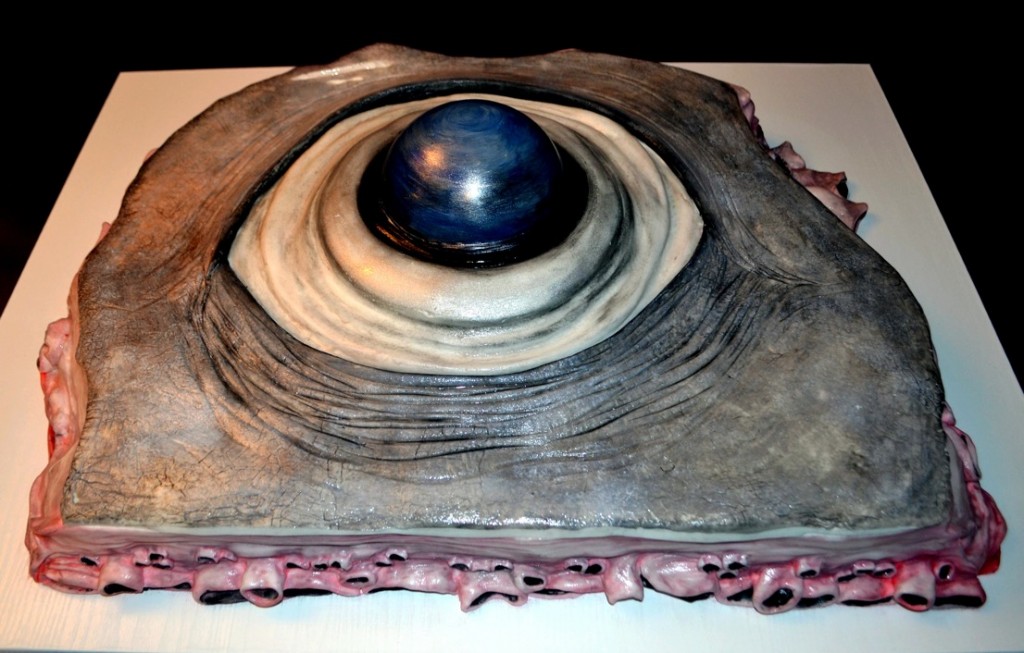 Eat Your Heart Out is a macabre cake movement founded by Miss Cakehead in 2010. It prides itself on selling the world’s most extreme cakes many people find too traumatizing to eat. Past top sellers at the event include 2-Girls-1
Cupcake, STD cupcakes and fungus toe nail cookies.
www.evilcakes.wordpress.com

About Proximo Spirits UK:  Proximo Spirits UK was launched in July 2013, having established itself over the last five years in the United States. Taking inspiration from its name, which translates as ‘next’ in Spanish, Proximo Spirits UK aims to create the same success as its American counterpart, becoming the next major producer of innovative marketing and new product development within the premium spirits category in the UK.  Proximo is privately owned and represents twelve premium brands including the Jose Cuervo tequila portfolio, The Kraken Rum and Boodles Gin. 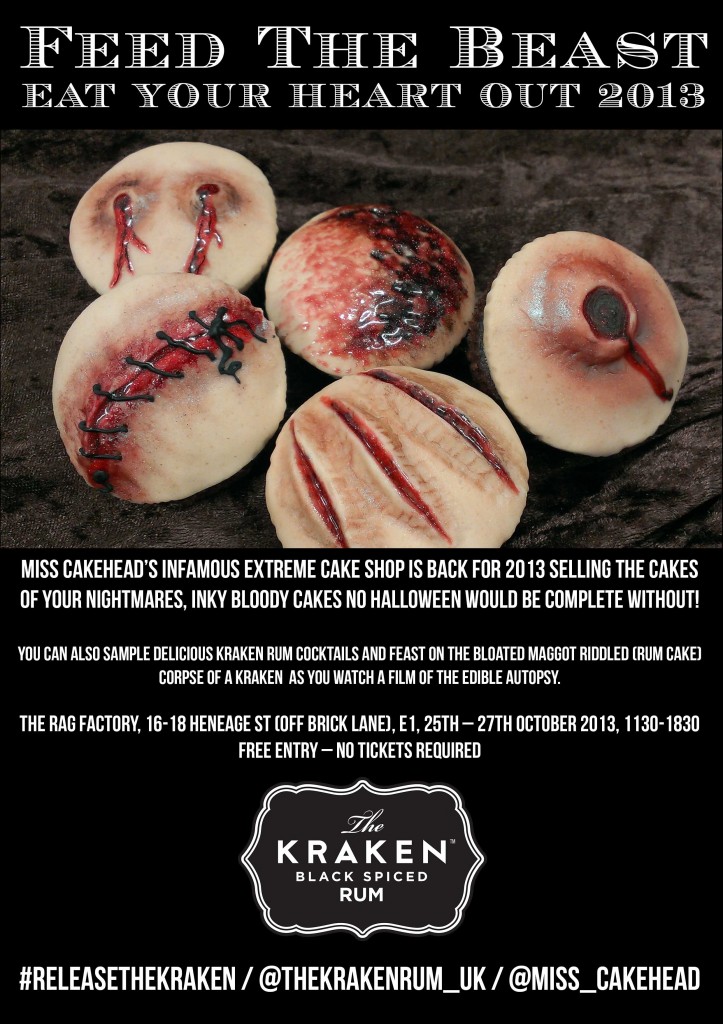 Prepare Yourself for the Year of the Clown (NSFW)
"The Devil's Dozen" Pits Strangers Against Each Other in a Game to the Death
If You Hate Birds, You’ll Love Supporting “The Unkindness of Ravens”