Movie pReview: “The Prospector’s Curse” – There’s blood in them there hills!

Breaking news about a new short horror film reached the SML Haunted Mansion and Blog Laboratory last week. Josh Heisie, writer and director of the upcoming short film “The Prospector’s Curse,” sent us a press release for the film. According to Heisie, the film follows the vengeful corpse of an old prospector who haunts two gold thieves as they struggle for salvation.

It’s not often that gold prospectors are featured in movies anymore. We’re looking forward to this one.

The bulk of the press release follows:

A western-themed horror film entitled “The Prospector’s Curse” has wrapped production near the remote town of Ponty Pool, Ontario.  Set during the Klondike Gold Rush of the 1890’s, the darkly comedic short is Written and Directed by Josh Heisie (‘Mail Order Bride’), Produced by Bruno Marino (‘Anything Goes’) and is currently in Post Production in Toronto, Canada.

Theodore “Tubby” Ellsworth and Jack smith are two criminals on the run, lost in the untamed wilderness.  When they stumble across a mutilated Prospector, dying on Indian ground, they promise to give him a Christian burial.  The fugitives break their oath and steal the old man’s gold…but that night, the Prospector’s corpse returns to make them pay!

For more information about “The Prospector’s Curse,” visit the Facebook fan page. 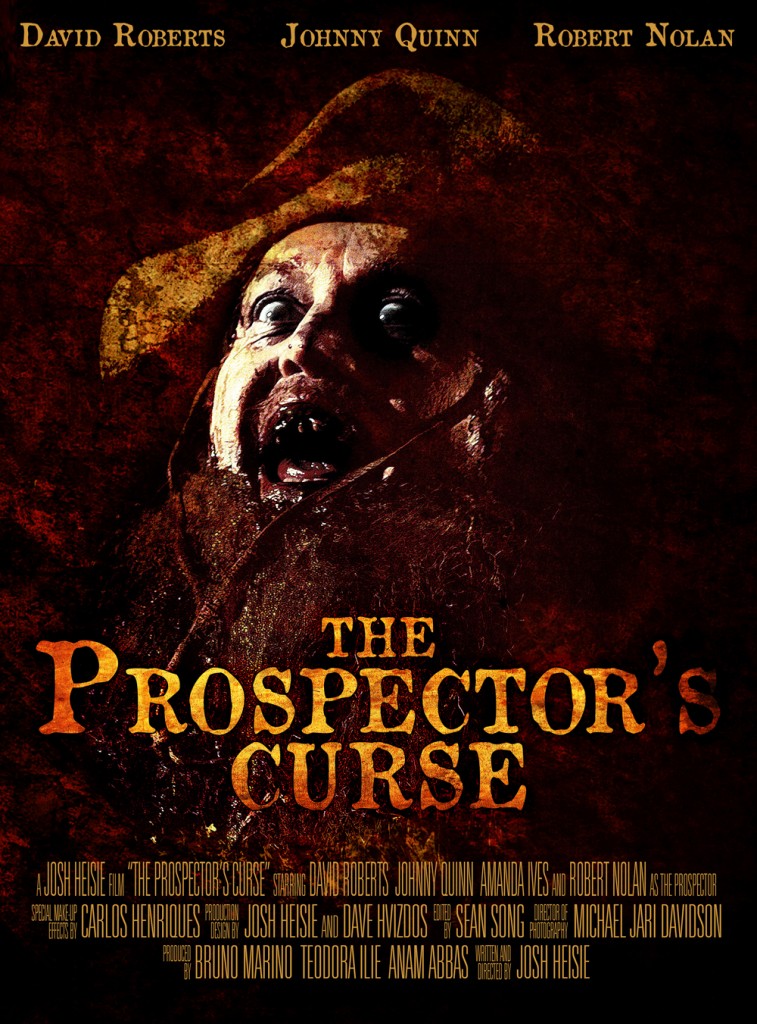