Home Monstey Awards The Monsteys are Back and Bigger than Ever!: SML Reveals this Year’s New and Expanded Category List

The Monsteys are Back and Bigger than Ever!: SML Reveals this Year’s New and Expanded Category List 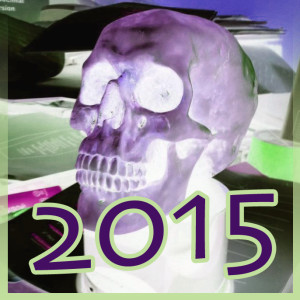 Stuff Monsters Like is beyond batty to announce the recipients of the 210th Annual Monstey Awards next Monday, March 23, 2015 at 9:00 AM!

We know you’re excited, too. So excited, you can’t wait to learn what horror-themed and horrific actions this year’s awards will cover.

This year, there are more Monstey Awards to go around than ever before! We took a cue from the Oscars’ over-inflated Best Picture category and expanded our selection to 10. That’s right – we went from four to 10 different Monstey Categories!

Stay tuned to SML next Monday when we reveal this year’s mammoth-sized list of award winners. In the meantime, share your best guesses for this year’s recipients. Who do you think are the most deserving contenders for the awards below?

2015 Monstey Awards will be presented for the following categories:

Best Use of Talking Cow in a Mooooovie Award

Inspiration for Morbidly Curious Kids of All Ages Award

In a tradition dating back to the Battle of Trafalgar in 1805, Stuff Monsters Like presents annual Monstey Awards to deserving “celebrities” within the monster world. These winners are recognized for their contributions to horror films, horrible culture, and the macabre. Recipients have played good roles in terrible movies, mastered terrible roles in okay movies, inspired monsters around the world through their work, or committed actions in real life that are too distasteful even for monsters to stomach.