New Teaser Video For “DITCH”: Can’t Lose with Oberst and an Axe 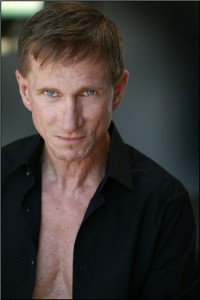 With 12 flicks In one year, is this the hardest working man in horror?

That’s a good question. It certainly sounds like it.

Bill Oberst, Jr. (Emmy Award Winner, Monstey Award Winner) sends us word of yet another bloody and exciting horror film on his 2013 docket. The teaser trailer for “Ditch” looks good, and we can’t wait to see more about this film, and all the others set to come out in coming months.

Our head monsters are most looking forward to indulging our love of obscure holiday monsters with “Krampus: The Christmas Devil.” We also can’t wait for a potentially clown-filled (and certainly scream-filled) double feature movie night with “Circus of the Dead” and “Circus of Dread,” the latter of which we posted about last Spring.

The updates Bill sent us are below. We will definitely keep you posted as we learn more about each and all of these projects.

A new teaser vid for the film Ditch has posted http://www.youtube.com/watch?v=y7dpPjCe8kA and the movie’s lead actor is slicing his way through more than half-naked nubile bodies: Bill Oberst Jr. is swinging for the title of Hardest Working Man In Horror.

Oberst is on track to complete roles in 12 independent horror/thriller movies by year’s end. The Los Angeles-based actor has just arrived in the woods of Kentucky to start shooting his 6th feature film of the year (The Dooms Chapel Horror) and is cast in 6 more genre features slated to go before the cameras in 2013. Oberst is already attached to 6 horror projects scheduled for shooting in 2014 and he has lead roles in 4 expected to be released this fall.

On the non-horror front, Oberst’s role as a 19th century bounty hunter in Chris Eska’s The Retrieval played the SXSW Festival in Austin this year and got the actor his first mention in the industry trade mag Variety (“Oberst is chilling“) and his second Hallmark Channel TV-movie for director Michael Landon Jr. was a big ratings success over Mother’s Day weekend.

The actor, whom director Mark Savage says “has been deservedly called the new Lon Chaney,” enjoys the workload. “In the last 6 months I’ve chopped off a topless chick’s hand, killed a dozen people, had a bound woman spit in my face and kissed Lynn Lowry’s bloody corpse,” says Oberst “and it’s only June. I thank God for every minute. I love horror.“

For more about SML’s monster of a crush on Bill Oberst, Jr., click here.