Zombies, cannibals, and a new crypt keeper—oh, my! Check out the news that’s been burning a hole in our inbox. 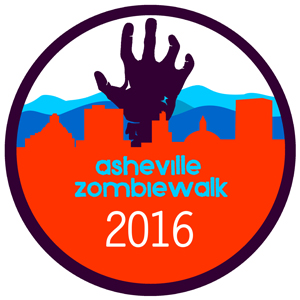 On Sunday, October 9, the living dead will gather in Aston Park beginning at 5:30pm. From there, zombies will be guided safely down sidewalks, obeying all traffic directions, to an endpoint downtown. Zombies are then free to disperse and infect all of downtown with their undead spirit.

As part of this year’s event, AZW is looking for a few “Shuffle Patrol” volunteers to act as zombie crossing guards during the event. You will have a crossing sign and a whistle, and be responsible for helping your zombie hoard cross safely at traffic lights along the route. Fill out the volunteer form or contact ashevillezombie@gmail.com to volunteer. 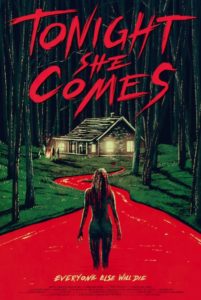 Tonight She Comes (previously here) is a new indie slasher/horror movie written and directed by Matt Stuertz that veers into the bizarre. After a girl goes missing, two of her friends and a mysterious set of strangers find themselves drawn to the cabin in the woods where she disappeared. They will laugh, they will drink, they will kiss, they will make love, and THEY MUST ALL DIE. Tonight She Comes will make its festival debut on October 9th at Grimmfest in Manchester, UK.

The synth-driven soundtrack by Wojciech Golczewski is now available from Data Airlines and on the artist’s Bandcamp. Two tracks will be pressed into 7-inch, 45-rpm vinyl with full color matte laminated sleeves (limited edition of 250). The vinyl will be distributed by Mondo. 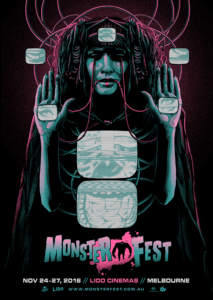 Monster Fest Gets Raw with its Opening Film —

Returning this year from November 24–27, Monster Fest recently announced the Australian premiere of controversial new French horror film Raw as its official 2016 opening night film. Raw is the debut feature of French director Julia Ducournau, and tells the story of a young vegetarian who discovers her dark side when she is forced to participate in a carnivorous hazing ritual on her first day at Veterinary school. It’s a coming-of-age tale with a cannibal theme that’ll appeal to genre buffs and cinephiles alike, provided they have strong stomachs!

The film made its world premiere in Critics Week at the Cannes Film Festival earlier this year where it was awarded the coveted FIPRESCI Award, and was lauded by critics and fans alike as the genre sensation of the festival.

This Week in TV Monster News —

TNT confirmed the return of “Tales from the Crypt”! The show will be led by a new crypt keeper, but will be “seated at the center of each week’s new lineup.” The show is forecasted to premiere in the last quarter of 2017 alongside “Times of Death,” with nods to 1980s slasher films, and “Creatures”, which centers around tween friends who sacrificed a classmate to a boogeyman.

Inspired by the creepypasta story Candle Cove, Syfy’s new horror anthology series “Channel Zero” centers around a television show for children that might cause terrible things to happen in the real world. Check out the trailer below: