The Owlman Cometh: A Kickstarter Campaign for “Lord of Tears” 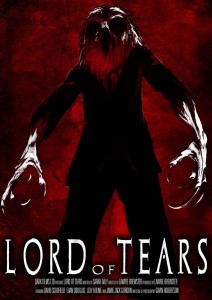 Ancient monsters meet modern legends and drive a man to madness in “Lord of Tears,” a highly-anticipated (by this monster, at least) upcoming film from director Lawrie Brewster.

The film pits Gothic horror with modern psychological thrillers in the vein of such a wide-ranging set of awesome storytellers as Edgar Allan Poe, H.P. Lovecraft, Stephen King, and Stanley Kubrick. And, of course, Pagan legends of the Scottish Highlands. Can’t forget that!

Brewster reached out to us personally for support in his Kickstarter campaign. After watching the trailer, we couldn’t say no.

The film is complete, but additional funding is needed for post-production and distribution. After 3 days, they were already half way to their goal. (An impressive statistic to us, since we didn’t quite make it half way to our infamous Kickstarter goal to buy the moon.)

There are plenty of ways to learn more about the project (see the bottom of the post), but I prefer details straight from the horse’s mouth. Or, maybe, Owlman’s mouth:

Lord of Tears is a British Chiller in the classic tradition of films such as The Wickerman, The Innocents and The Haunting. Our story concerns a man trapped in a crumbling mansion, stalked by Owl Headed monster in the misty highlands of Scotland, on a mission to piece together a childhood broken apart by repressed memory and dark secrets. It takes inspiration from classic mythology, ancient history and modern legends such as those of – Slender Man!

Our film is complete, and has begun taking pre-orders via a Kickstarter page to finance an exhibition tour. It’s only been going for about three days and has almost raised half its goal, receiving generous contributions from a Sultan as well as numerous DVD pre-orders from fans. On our page we have also uploaded our latest trailer, updating our former trailer featured at Bloody Disgusting and Film School Rejects some months before.

The script is written by Sarah Daly (the music artist Metaphorest, and cousin of Kate Bush), stars David Schofield (of American Werewolf in London, Pirates of the Caribbean, Gladiator) and is directed by myself whose past collaborations with Sarah Daly have included works with Joseph Gordon Levitt and Channing Tatum, that have featured at Sundance and SXSW.

A few of the official and behind-the-scenes shots from the film. Check out more on the film’s Tumblr page. 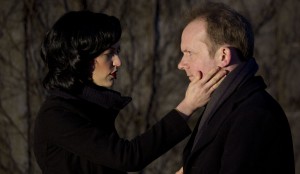 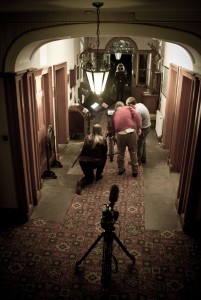 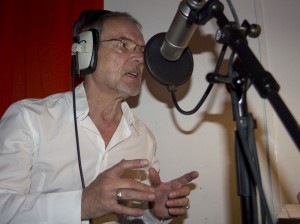 Actor David Schofield lends his voice to the film 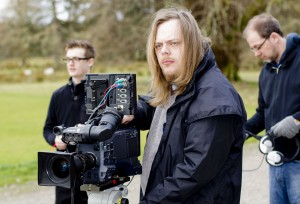 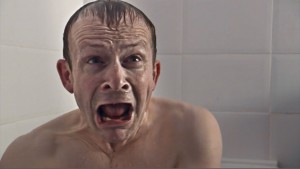