Don’t Order Popcorn: An SML Review of “A Quiet Place” 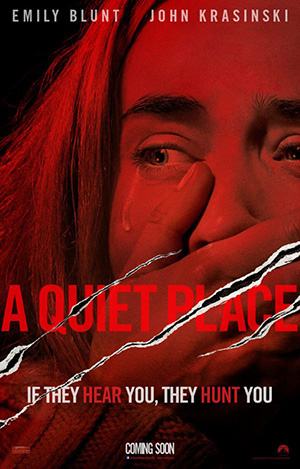 Rom-coms doubled their audiences with the bromance. Scifi and fantasy have reached unprecedented levels of popularity in recent years, now serving far more than just the “geek squad.” Everyone has always loved a good action hero. But in many ways, horror is still defined by who it is NOT for.

“This movie is not for the faint of heart.”

“That movie is not for people who are squeamish around blood.”

If you are one of those people, do not go see this movie.

However, if you appreciate a good monster film that isn’t weighed down by a premise inevitably riddled with holes, this film is for you. If you want to see the lengths two parent will go to in order to keep their children safe in an unsafe world, go and see it. If you’ve ever stopped to listen to the white noise in your home—the jarring sounds of a microwave beeping, a fork scraping a plate, an engine turning over down the street—then A Quiet Place will show you a nightmare played out on screen.

We, as the audience, don’t know how the massive bat-bug-alien-monsters invaded. We don’t know where they came from or what Will Smith may be doing in a city center somewhere to take them out. We don’t even know what to call them. But we do know when they invade, and that’s about 18 months from now. When they do, they will literally open up their whole-skull ear canals and use their supersonic hearing to annihilate any source of noise that could be considered prey. 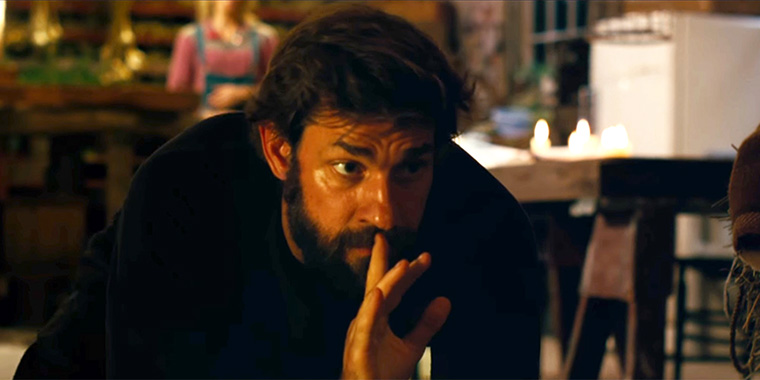 In A Quiet Place, real-life couple John Krasinski (“The Office”) and Emily Blunt (The Devil Wears Prada) are already living the aftermath of the bat monsters. Their three children accompany them on a completely silent, Walking Dead-esque supply run into town. As with all supply runs, everything goes well … until it doesn’t.

Nearly a year later, we re-meet the family on their otherwise idyllic farmstead. The mother is pregnant, and diligently keeps track of her heart rate and blood pressure as she counts down the days until the baby is due. The children have more or less grown used to a literal quiet life, signing messages to each other and playing Monopoly with felt shapes and fuzz balls instead of noisy plastic pieces. Dad does what all dads do: He works hard to keep everyone safe and fed while pissing off his moody preteen kids in the process.

All this may sound typical of a movie plot, or perhaps a little slow for a horror film. But good horror is defined by how the characters respond to the monsters chasing them, and we know we’re not getting any screaming college kids running through the woods in this film. It’s seeing the family have to do the exact opposite of what every fiber in your being wants to do that’s the twist.

The monsters move fast—faster than they really have any right to—so the secret to survival is to be patient and slow and deliberate, even in the throes of fear. The monsters’ ever presence and near instantaneous reactions to sound keep you on high alert the entire film. After just a few minutes, you wonder how this family (especially the kids) could have handled that kind of constant stress for a week, let alone 15 months so far with no end in sight. 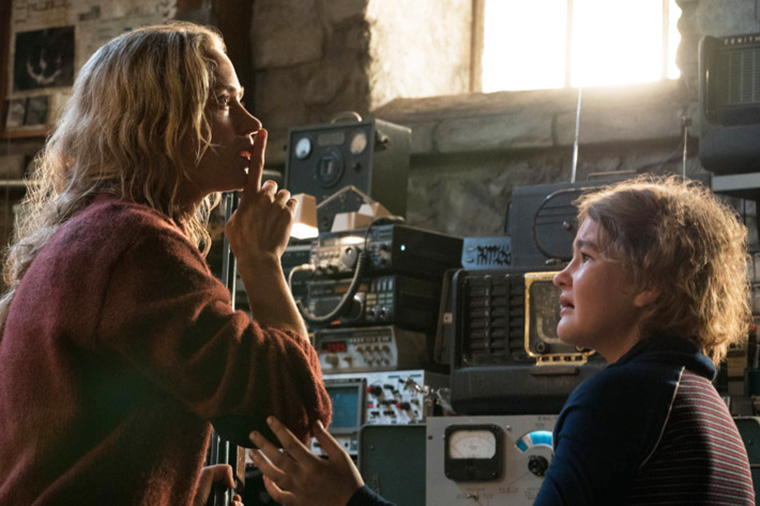 The movie comes to a head at a moment when all the family members are separated. Can they keep mom safe during what might be the least relaxing bathtub scene since Psycho? Can they find the monsters’ weakness, or be wiped out one by one? Will they find their way back to each other, or will the parents finally fail their children despite their efforts? Is the secret to a long life to keep quiet, or to make a lot of noise? Who are these adults as people if they can’t keep their children safe, even in the face of unthinkable danger?

A Quiet Place will undoubtedly see internet backlash from the extremist fear seekers who need a constant barrage of jumpscares and gore to satiate their horrific appetite. But A Quiet Place is not for them, either. It’s for people who have heard danger in silence. It’s for an audience that (quietly) roots for family to win together, no matter the odds or the costs. And it’s for women who see strength in motherhood, in ingenuity, and in badass female survivors.

Are you one of those people? Let us know what you thought of A Quiet Place in the comments. But type quietly.

Paging All Goosebumps!: An SML Book Review of “A Psycho’s Medley”
Movie pReview: "The Prospector's Curse" - There’s blood in them there hills!
Way Worse than Coal: An SML Review of “Krampus”