Home Horror Reviews As if Nazis Could Get Any Worse: An SML Review of “Frankenstein’s Army”

As if Nazis Could Get Any Worse: An SML Review of “Frankenstein’s Army” 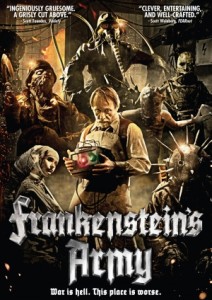 Question: Who would be the greatest military genius of all time?

Answer: The man who can piece together chunks of dead criminals—Frankenstein.

The films starts in a pseudo-documentary/found footage style, with a “live” cameraman and intentionally clumsy cuts, as WWII-era Russian troops are moving closer to the enemy in a reconnaissance mission. Soon enough, they happen upon a church with a pile of dead nuns outside. And you can probably guess what happens next.

Did you guess that they have to battle men with airplane propellers for heads and scythes for arms? Hmm. Then maybe we weren’t the only ones surprised.

Frankenstein’s Army had all the best tropes of war films and horror films. Infighting among the Russian soldiers as they attempt to find their captured comrades. A squadron bully who’s more concerned with taking control of the team and raping innocent villagers than he is with the mission at hand. (No trigger warnings needed, though.) And a mad scientist splicing bodies together with sharp machinery.

But Edward Scissorhands these creatures are not. 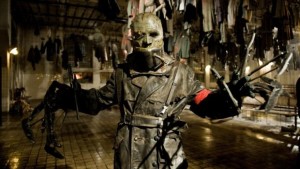 Whereas the Creature from the novel came to know himself and gain the empathy of his readers, these creations were truly monsters. Physically equipped with everything from drills to flamethrowers, these Nazis were made for killings. And that’s just what they do.

On the plus side, this made for some pretty epic special effect opportunities, and the film’s creators did not disappoint. Frankenstein’s Army is not for those with squeamish stomachs. But if you’re the type who loves to see the latest tricks and trends in meaty dismemberment, then add this film to your Netflix queue.

The film did make the pretense of using 40s-era camera equipment, with sliding zoom lenses like the lenses in the big chair at the optometrist’s office. But, of course, even with the slightly desaturated color scheme, the quality of “footage” was considerably clearer than anything I imagine the Russians would have had in the middle of an active military zone 70 years ago. Still, they were nice effects that gave the found footage style a little more validity.

In short, the film is built on the reputation of a gothic great, incorporates some pretty fun and almost steampunk costume creations, and has the overarching feel of a wartime storyline, with the post-modern found footage film style we’ve all grown to hate. You can’t get much more meta than that.

And surprisingly they pulled it off really well.

Plus, did I mention one of the stars is Galavant?

Check it out for yourself and let us know what you thought. Watch Frankenstein’s Army on Amazon Instant Video right now. 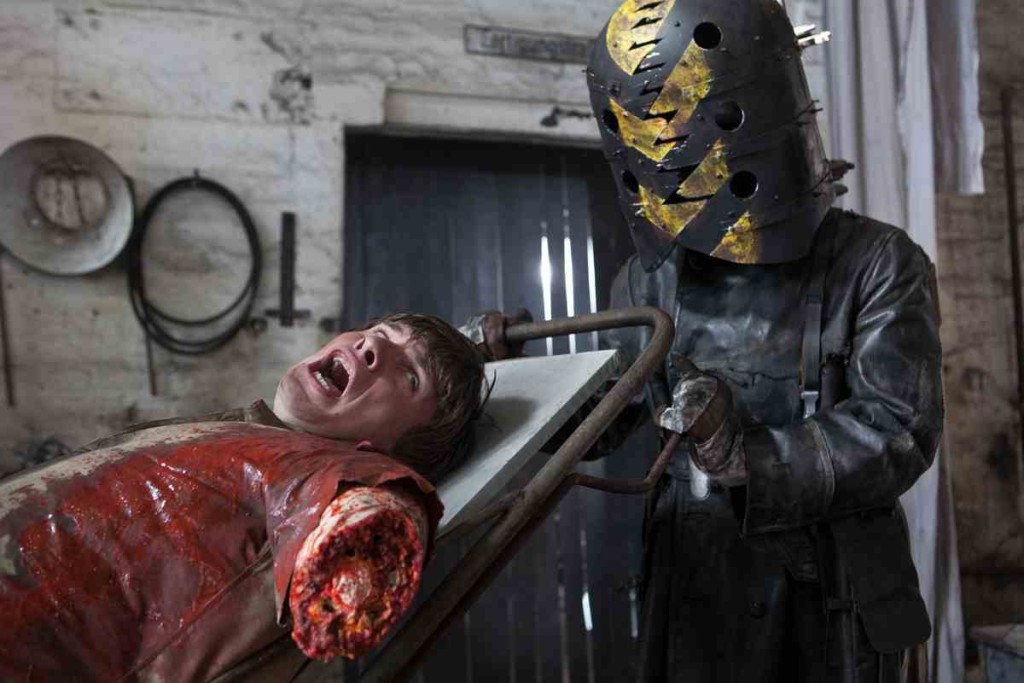 Movie pReview: "The Prospector's Curse" - There’s blood in them there hills!
The Lamberts are at It Again: An SML Review of “Insidious 2”
Followup Video Review: Reason Does Troma