Don’t Judge a Miniseries by its Body Count: An SML Review of “Harper’s Island” 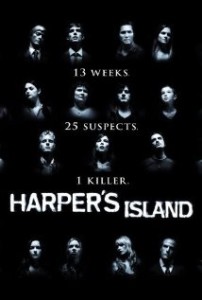 It’s hard to know for sure, but it seems safe to say that 2009’s “Harper’s Island” may be the bloodiest miniseries ever shown on CBS. The 13-episode series put viewers through 29 deaths, many just as we were beginning to really like the characters, and more after we’d grown attached to the strength and humor behind each member of the core group.

I’m not ashamed to say I even teared up some during one particular character’s swan dive.

Without giving too much away – because the value of the series the first time around is in the suspense and surprises it dishes out – “Harper’s Island” is the story of a group of friends and family that return to a small island off the coast of Washington to celebrate the wedding of two lead characters, Henry and Trish.

The island, predictably enough, has a sordid past – one several of the characters were enveloped in years before. But the wedding party has high hopes for a fun and romantic week. Unfortunately, the island has different fates for them all.

And, as the quintessentially creepy little girl on the island says in the shows opening credits, the characters begin dying off “one by one.” No one is safe, and no one is spared. Often, several die over the course of an episode.

They’re not always quick or pretty deaths, either. 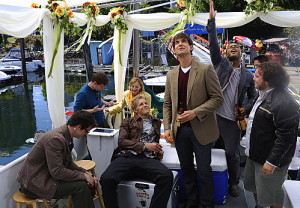 “Harper’s Island” is the kind of series that should attract a wider audience than it did. It’s a character drama mixed with the worst wedding fiascos you can imagine, paired with a vengeful killer set loose on a small island filled with vacation-minded tourists. Surely, I can’t be the only one who loves that combination.

For me, the series finally answered that age-old debate, “How much more interesting would this crappy network show be if they killed off the main characters, just as they started getting really annoying.”

The answer: Much more interesting.

And yet, the show pretty much tanked when it aired. Though, to their credit, CBS ran the whole series anyway. I didn’t catch the show when it first aired, but watched it online, instead, after it was recommended to me. The only thing I can think is that the series must have suffered from a combination of bad timing (either the night or the season) and poor promotion. Some shows need that word-of-mouth leverage to get off the ground. If my experience was typical, it took some time for this show to build up the community support it should have had to make it great.

“Harper’s Island” was shared with me by a friend who heard about it from a co-worker. I enjoyed it so much, I’ve since shared it with everyone I could possibly convince to watch it with me. And now I share it with you.

“Harper’s Island” has a bit of grit, a lot of gore, and a dollop of heart. Best of all, right now the whole series is available on Netflix. Check it out and let me know if you like it as much as I do. If so, I challenge you to pass it on, as well. 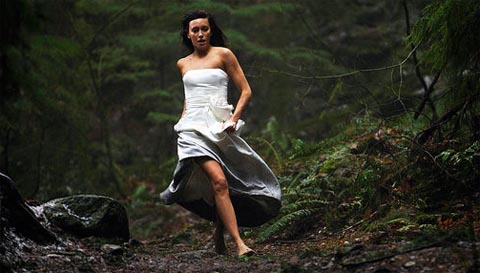