Ending 2012 on a Low Note: An SML Review of “Silent Hill: Revelation”

So, 2012 has brought us a few lackluster or unsurprising events: the same President, the last trinumeral date of the century, an almost apocalypse, and … drum roll … Silent Hill: Revelation. And out of all of the money-wasting atrocities that could have been perpetrated upon on the public, the question is, “Why, oh why, a sequel?”

This blockbusting second installment to 2006’s Silent Hill, which is based off of the video game released all the way back in 1999, picks up after about a ten-year stint since the main characters’ return from Silent Hill. The young woman (Adelaide Clemens) and her father (Sean Bean) are constantly on the move so that the forces of evil can’t drag them back to that horrible place in the fog. But, of course the forces find them, because what would the movie be about if they didn’t? Having picnics on sunny days? 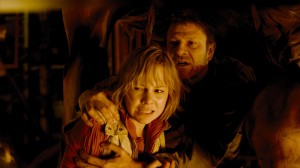 I’d like to take this chance to say the pretext of how the girl got back to her father from Silent Hill in the first place is quick, lacking in substance, and a wee bit lame, if you ask me. That, of course, only matters if you remember that the girl and the mother are stuck in the Silent Hill realm at the end of the first movie.

Now, to get down to the nitty gritty. The story is weak, the progression was rather on the boring side, and some of the acting was particularly appalling. 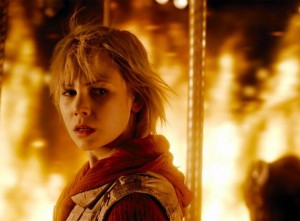 However, the concept of good versus evil is a time honored and usually interesting subject to delve into. Especially when the good and evil are two parts of the same person-slash-being-slash-monster. Whatever you want to call it. Also, to give credit where credit is due, the effects were stunningly creepy and morosely grotesque.

I didn’t see it in 3D but I can imagine that it would be kind of, almost, sort of worth the extra money for the special glasses. Silent Hill: Revelation is still getting two thumbs down from this critic, but if you are ever just in the mood to see a bad horror movie with lots of CGI, you can give this one 94 minutes of your time.