Home Horror Reviews Turn off the Lights and Don’t Say a Word: An SML Review of “Silent House”

Turn off the Lights and Don’t Say a Word: An SML Review of “Silent House”

Are you a fan of outrageous, bloody, disgusting, gory deaths? Do you want to see body parts flying every which way? Are you waiting for yet another ear canal damaging shriek, and are longing to see a scantily clad girl fall down just before she’s about to be out of the killer’s reach?

If that were what you’re looking for, then I wouldn’t bother putting Silent House into your DVD player – or watching it on Netflix or your iPhone 5 or whatever it is you do.

That being said, for anyone willing to branch out from a “Michael Bay-produced” horror flick, this one is definitely worth a view.

The film opens on a girl in her mid-twenties who is helping her father and uncle fix up and clean out their family’s older and secluded (of course) vacation home so it can be sold. It starts out normal, as most horror movies do, with some playful banter and squabbling between the three. But it doesn’t take long for things to go awry and the fabrics of a seemingly safe reality begin to unravel, pushing darker forces to light.

Going in what seems to be an emerging new trend in scare tactics, Silent House embraces a Spartan motif (in terms of minimalism) as it finds ways to suck you in and creep you out.  This movie has few characters, only three main ones with a side character here and there, and little dialogue.  The “silent” in the title is not ironic or misleading.  The movie abandons the traditional amped up noises and shrill screams which are meant to pop audience members from their seats. It opts instead to use silence to draw us in so that every creak and footstep that we understand is not coming from our heroine heightens the fear and stills our breath because now we, like her, are trying not to make a sound, terrified of what might happen if we do. 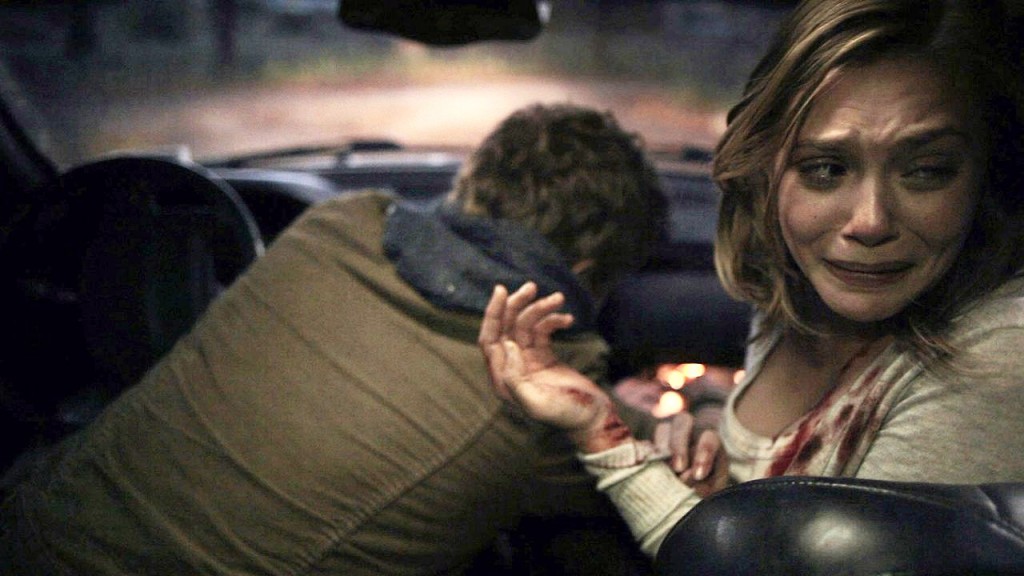 Most of the light in the film comes from a character holding a flashlight or an electric lamp or small generator lights – because the house does not have power.  The low lighting does a lot for the intensity and suspense and also adds a sense of relative safety, but also loss, as there is more than one scene where we are plunged into utter darkness.  Left only with hushed breaths and scuffling footsteps to let us wonder what is about to happen. 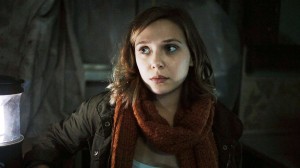 Silent House is based off of Spanish language film by Gustavo Hernandez, La Casa Muda. Our American version stars Elizabeth Olson and, yes, she is one of those Olsens. But she seems to be a much better actress than the older twins, I will say, because her performance is alluring, believable, and captivating.  As it had to be otherwise, the movie would’ve been slow and boring, because for most of it we’re just watching her run around a dark house.

This movie is definitely worth a watch if you’re in a mood to be creeped out for an hour and half.  So happy viewing and, as always, look out for the twist.

Zombie Croissant: Or, How I Learned to Stop Worrying and Grow a Zombie
Don’t Judge a Miniseries by its Body Count: An SML Review of “Harper’s Island”
Paging All Goosebumps!: An SML Book Review of “A Psycho’s Medley”