Home Horror Reviews Survival of the Maddest: the Master of Movies Reviews “The Divide”

Survival of the Maddest: the Master of Movies Reviews “The Divide” 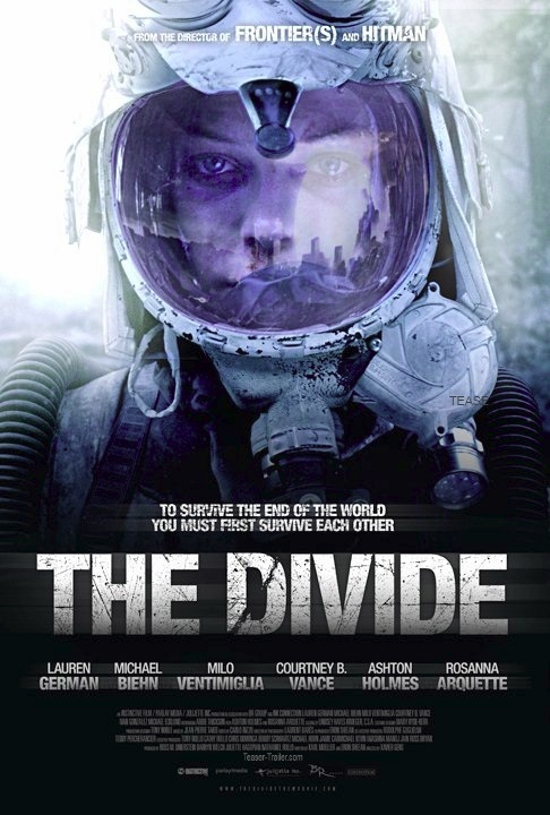 Not enough nuclear holocaust in your life?  Feeling a bit bored with an everyday, boring civilized existence?  Then I’ve got the solution:  Sit down and immediately watch The Divide.

Sprouting tension practically from the opening credits, we are immediately thrust into following the journey of a small group of survivors that are taking refuge in a bunker built by the paranoid, enigmatic Super of their apartment building in New York City.  Without knowing why – or from whom – the attack came, our survivors are only left to speculate upon when their food and water will run out.  And when they might possibly get to go back outside.

The confusion, terror, and dread that comes from nine people having to share one toilet (that drops directly into a river of poo) fuel this tale of humanity’s degradation within the confines of a bunker, an uncertain future, and looming death. 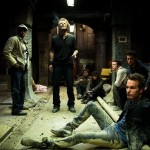 With little to no character backstories and objectives, the events of the movie are propelled forward into an ever widening scope of madness by the fall of a group of civilized people into the eternal competition of survival of the fittest, the craziest, or just whoever happens to be armed.

Director Xavier Gens, who gave us such gems as Frontiers and Hitman, is begging viewers to ask themselves, “How far would you go to survive?”