Home Horror Reviews The Future is Now: An SML Review of “The X-Files: Fight the Future”

The Future is Now: An SML Review of “The X-Files: Fight the Future” 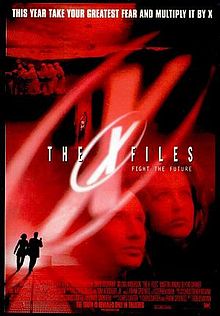 Lovers of 90s television sci-fi are gearing up for this month’s special network treat: A six-episode The X-Files mini-event on the show’s original network, FOX. In preparation for the big day, I’ve been rewatching the best episodes of the series. But when season 5 ended, I couldn’t move on without first watching the 1998 film, The X-Files: Fight the Future.

The film was shot the summer before season 5, though it was released afterward, so the plot is independent from the season finale. In some respects that’s a shame—because it was a whopper of a finale—but it does allow the film to stand by itself. And after 18 years, that’s just what the film still does.

The X-Files film lets the viewer dive straight into the conspiracy that serves as the undercurrent for the series, without any of those pesky monsters of the week. Now that the X-Files (the department) has been closed, Mulder and Scully are called to Texas as part of a team investigating a bomb threat. Fox Mulder (David Duchovny), ever the gut-following anti-authoritarian, isn’t sweeping the building in question, but rather the one across the street—which, of course, is where the bomb has actually been placed. Dana Scully (Gillian Anderson) is at his side, like always, reminding him that his gut is probably wrong.

After the explosion brings down the federal building, Mulder learns that the few bodies found inside weren’t victims of the explosion, but were already dead. That knowledge leads him and Scully on a chase for truth that spans continents and millennia. And probably a few galaxies. 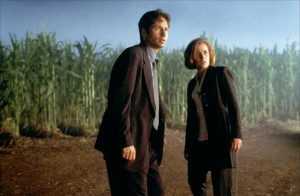 After running from a swarm of killer bees (who are carrying a virus that they pass on to a GMO corn crop), Scully is stung and immediately goes into anaphylactic shock (or something like it). Mulder calls 9-1-1, but the call is intercepted and she is taken instead by the people behind the conspiracy. To get her back, Mulder must rush to Antarctica with an unproven vaccine to save her.

This summation is really reductionist. And I’m sure it sounds really absurd. But part of the fun of the X-Files world is that the characters all know how crazy the truth sounds. After all, they constantly have to defend it to a panel of their FBI superiors. The true beauty of the X-Files world, though, is the resolution the characters have to their mission (Mulder to uncovering the truth about aliens and Scully to tempering his enthusiasm when it cannot be supported by scientific inquiry), the struggle that ensues whenever those resolutions falter, and the support they offer each other in the face of that ongoing struggle.

What makes the X-Files movie so great is that this cycle is allowed to play out in one full turn. Scully questions Mulder at every step along his path, and yet he journeys across oceans and ice and into the depths of an alien craft buried in the antarctic to save her so she can do it again in season 6. And, of course, there would be a season 6, with the X-Files department reopened, though greatly changed.

The X-Files, the movie, is definitely a film made for fans of the series. It’s also a better example of a long-buried alien craft taking off and actually impressing us than Indiana Jones and the Kingdom of the Crystal Skull, which came out a decade later. Just saying.

While it serves well as a standalone film, basic knowledge of the characters and the overarching conspiracy is helpful. That aside, I definitely recommend it watching it (or rewatching it for the nth time!) to anyone excited about the upcoming mini-season. Or whatever they’re calling it.

Check out The X-Files: Fight the Future on Amazon Instant Video today. And tune into FOX on Sunday, January 24 at 10:00 PM for all new cases. 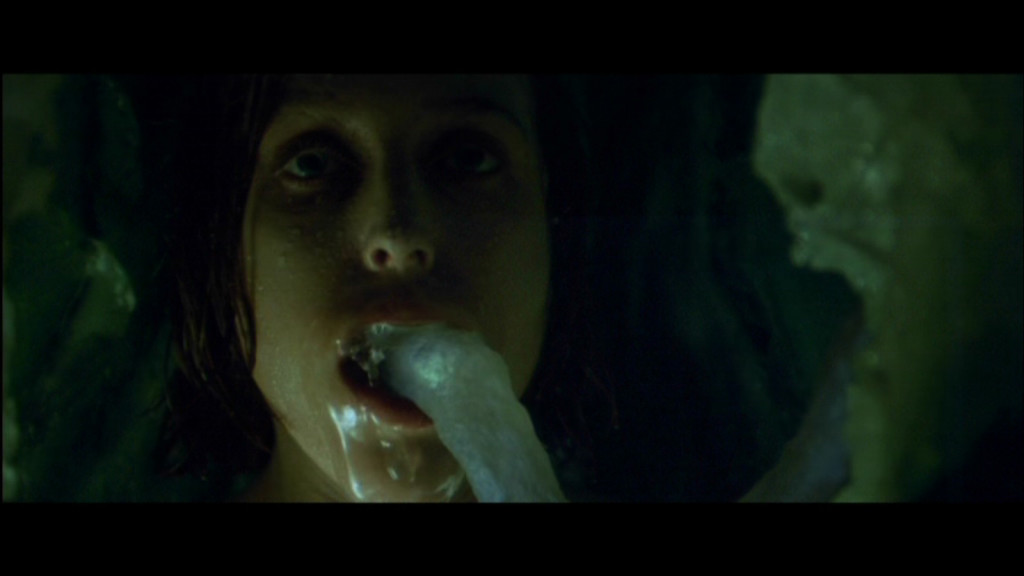 Never Nap with a Loaded Rifle: An SML Review of “The Sasquatch Murder”
Our Mascot’s Mega Monster Movie Marathon Method
Zombie Croissant: Or, How I Learned to Stop Worrying and Grow a Zombie