Home Horror Reviews You Should Know Better than to Vacation in the Woods – An SML Epic Movie Review of “Tucker and Dale vs. Evil”

You Should Know Better than to Vacation in the Woods – An SML Epic Movie Review of “Tucker and Dale vs. Evil” 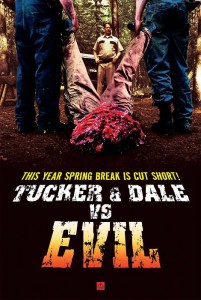 They say the only thing you have to fear is fear itself. It may seem unlikely, but that famous sentiment can hold true even when vacationing in the back woods of West Virginia with psychotic killers attacking you, your best friends, and your special girl.

Tucker and Dale vs. Evil follows films like the Scream franchise in offering commentary on the nature of “typical” horror films. Whereas Scream and its sequels focus on the great suburban slasher films of the 1980s, and then their subsequent sequels, remakes, reimaginings, and ripoffs, Tucker and Dale picks a different style of film to parody. 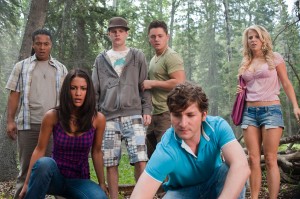 The college kids focus all their fears of a potential reoccurring bloodbath on rednecks Tucker and Dale, played by the amazingly effective team of Alan Tudyk and Tyler Labine. The pair are themselves taking vacation time to renovate Tucker’s recently-purchased vacation home. 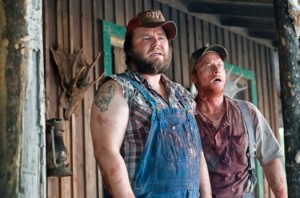 We were fortunate enough to avoid any spoilers before watching this film at the SML Haunted Mansion and Blog Laboratory, so we’ll try to pass on that good luck. Don’t research the film. Just go out and get it. Or order it on Amazon Instant Video right now. And then watch it immediately.

Then come back and let us know if you thought it was as excellent as we did.

Does Curiosity Always Kill the Cat? An SML Review of “The Uninvited Visitor”
Happy Hellidays!: An SML-Approved List of Christmas Horror Movies
Thinking Outside the Box: An SML Review of "Buried"