Home Horror Reviews Think on Thy Sins: An SML Review of “The Witch”

Think on Thy Sins: An SML Review of “The Witch” 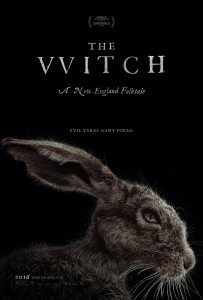 The Witch is being billed as one of the most genuinely scary films of the year. But does it stand up to, what is for horror lovers, such a high endorsement? Only you can say for sure, but for this filmgoer, the answer was clear.

The film bills itself as a “New-England Folktale”, and is indeed based on a number of accounts from early Colonial America. This was an inspired decision, because it loads the film with a history and depth innately familiar. We all instinctively “know” folktales, right.

But from the start, the film takes everything comfortable and familiar about the folksy tales we grew up hearing and places the audience in opposition to them. From its bleak coloring to the title itself, The Witch perhaps likens itself more to medieval fairy tales. Not the saccharine, technicolor Disney stuff we are used to—or even the effects-laden, neo-noir, live-action action films we’ve seen of late—but the true, grim fairy tales wherein magic always came with a terrible, often bloody price.

However, even European fairy tales cannot help properly define The Witch. The characters, we learn, have fled the religious persecution of England to seek “the kingdom of God” in the New World. But with a family so full of sin and secrets, not even an appropriate Biblical parallel can be made (though the story of Job is mentioned at one point). No, what we have here contains not the glass slippers or daring princes of the old world, nor the blue oxen and swaggering cowboys of the America yet to come. Instead, the poor family at the heart of this film is lost in a world much more dangerously primal: the untamed wilderness outside the gates of their colonial plantation. 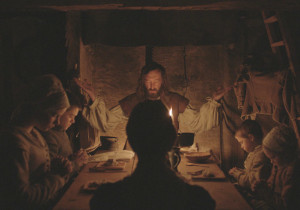 After being cast out of the settlement for his unconforming religious fanaticism, father William takes his family to a clearing at the edge of a woods to build a new-new home. It’s a hard life building a farm from scratch, but the family is mostly content with their small barn of animals and the corn crop ready for harvest. That is until the crop runs low and the suckling babe, Samuel, mysteriously disappears.

Panic and confusion quickly give way to religious fervor and a series of confessions. As a whole, this pious family is guilty of a whole gamut of uncomfortable thoughts and deeds. There is also, perhaps ironically, an awful lot of blame to go around, as well. Even the young twins, Mercy and Jonas, are not immune.

The patriarch, William, tries to maintain order by reminding the family of the trials of his Lord with a voice so stoically deep that Batman would be jealous. But no amount of Lord’s Prayers can keep the family from turning on each other. And at the center of this animosity is the eldest daughter, Thomasin.

Thomasin misses the glass windows of their former home in England. And you sense that the teenager in her resents having to serve as the twins’ ersatz mother while Katherine is lost in her bouts of grief and religious doubt. But on the whole, she wants to be a good girl, a child of Christ. Doesn’t she? 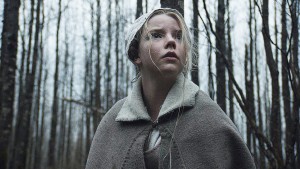 Thomasin’s inner struggle, first within herself and then in the face of her family’s accusations, is so subtly crafted it is a mastery of genius. Is she bewitched? Is she bewitching the family? Or are their terrors coming instead from something in the wood? At points, you know even she is not sure of the answer.

The Witch expertly pairs a healthy (perhaps unhealthy) religious dread with the terror that comes from primal, unfettered witchcraft. What makes the film so horrifying is the foreignness of that pairing, itself coupled with the knowledge that incidents like these—in accusation if not in “reality”—were only several generations ago much too common. In the secularized society in which we live today, the fervor of this family’s beliefs and the consequences that come from them are truly terrifying.

Will The Witch make you jump in your seat in the same way as does 28 Days Later or compel you to check under your bed like you did after watching Insidious? No. But it will make you question a part of yourself and our collective history that is best locked away in the dark. And that is more terrifying than anything else.