Home Horror Reviews The House that Ghosts Built: An SML Review of Winchester

The House that Ghosts Built: An SML Review of Winchester 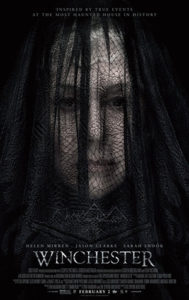 Winchester is loosely based on the true story of Sarah Winchester, widow of William Winchester of the Winchester Repeating Arms Company. For nearly forty years after her husband’s death in 1881, Sarah used her inheritance and profits from her stake in the company to continuously build onto her eight-room San Jose farmhouse. What resulted is now known as the “Winchester Mystery House,” a sprawling and labyrinthine estate of roughly 161 rooms in four stories (though at one time the house rose seven stories high in places). It’s also one of the most haunted homes in America.

In the film, viewers get a glimpse into one reason why Sarah spent the second half of her life in a perpetual state of construction. Legend has it that the Winchesters were cursed as a result of profiting from arms sales. Sarah, a devout Spiritualist, a popular movement at the turn of the last century, took the advice of a medium who told her to move west and build a house for the souls of victims of Winchester rifles. All of that is as true as historical legend can be. 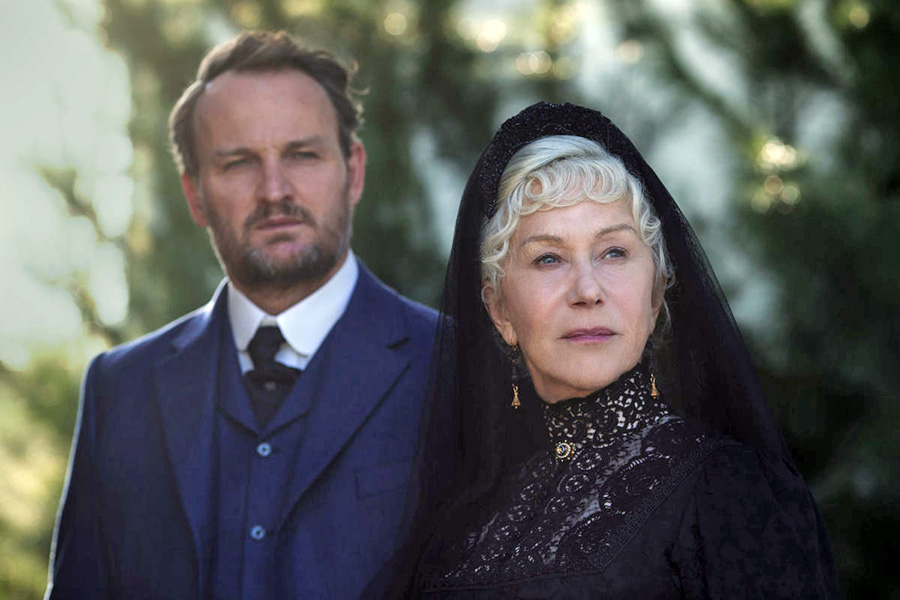 In 1906, in the reality of the film, the board of the Winchester company recruits Dr. Eric Price (Jason Clarke) of San Francisco to evaluate the mental state of Mrs. Winchester. As a 51% stakeholder in the company, the board wished to assess her motivations for the erratic and compulsive building frenzy—and urged Dr. Price multiple times to “make the right assessment.”

We may never know the true reality behind the construction of the Winchester house. But in the film, Dr. Price unwittingly finds himself in a position where his own mental acuity is tested. After the tragic death of his wife, Dr. Price became a frequent laudanum user. So when he begins seeing strange things inside the strange home, he at first chalks it up to a drug reaction or withdrawal. But as the rumblings of the house get ever louder, culminating in the infamous 1906 earthquake, he has to open his mind to Sarah’s spiritualist ideas.

Helen Mirren, who plays Sarah Winchester, has said that this is not a horror film, but a ghost story. Fans of more violent and shocking horror films will agree, as there is very little blood drawn. The production of the film is superb, making for great sets that add to the disorientation of the film without the typical psychedelic tropes. The ghosts’ makeup and editing together create a few effective jump scares. But just like our heroine and the times in which she lived, everything is rich but well tempered. Nothing comes across as too forced or too much—that is, except for the house itself. 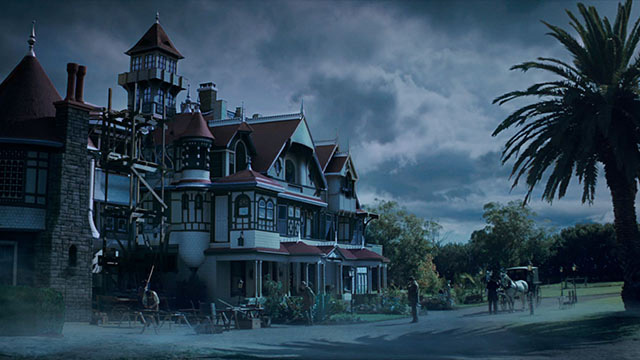 I would argue that Winchester is a great horror film, though. Along the lines of The Haunting and other classic haunted house/ghost movies, its power isn’t in how much it can throw at you, but in how timelessly it connects viewers to the tale—and the questions quietly posed in the background. Is one of the greatest evils to sell firearms responsible for killing innocents? Is it a moral failing if a person, even a doctor, falls victim to opiate use after physical (and emotional) trauma? How much control should companies have over individuals, and how much should any individual profit from a company? Can we alleviate our own consciences by righting our wrongs to others, even beyond the boundary of life and death?

These are current questions we’re grappling with in the news and within our own communities. But they’re also timeless anxieties that quality horror films continue to address. Winchester doesn’t offer any answers, but like the ghosts in the film, the questions sit quietly in the background, only visible if you want to see them.

Winchester won’t be the best film of the year. It may not even be the best horror film—sorry, ghost film—of the year. But it will put some ideas in the back of your mind: Dim, shadowy undercurrents that follow you home and make you turn your head when you spot something out of the corner of your eye. Whether you choose to address those shadows in the light of day or build a room to keep them nearby, always, is up to you. 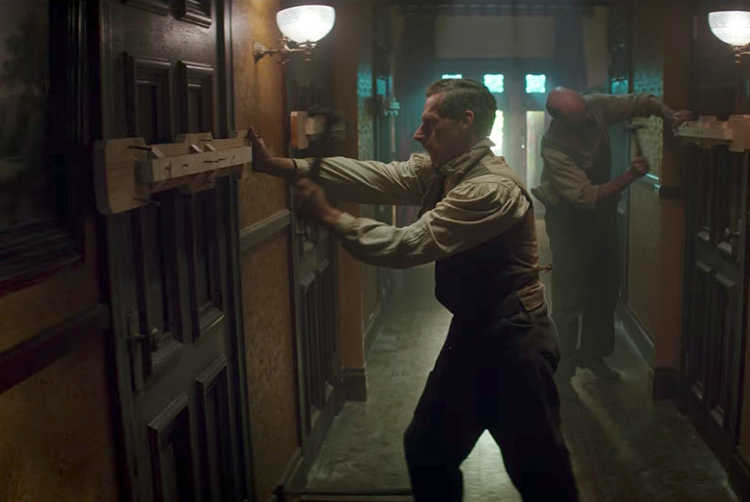