Home Horror News & Alerts The Summer is Hot, and So is Horror: An SML Horror News Roundup

The Summer is Hot, and So is Horror: An SML Horror News Roundup

It’s been a busy summer for horror creatives and monster lovers everywhere! From Kickstarter campaigns to international film festivals, it’s been a great time to check out new horror projects in book, film, musical, and digital formats. Here’s a rundown of the recent horror news to come across our inbox.

Horror lovers recently funded James Aquilone’s Kickstarter campaign to help fund “Dead Jack and the Pandemonium Device,” the first book in a wild, irreverent fantasy/horror series following the exploits of a zombie detective and his homunculus frenemy. Dead Jack began life as a short story in Weird Tales Magazine #362. Tangent Online called it “damn enjoyable.” According to the creator, the stories are a mix of Ash vs. Evil Dead, Big Trouble in Little China, Shaun of the Dead, and The Maltese Falcon.

There’s still time to fund the project—if you hurry! The Kickstarter campaign ends on Thursday, August 11.

Yesterday, she was chosen. At midnight, she was sacrificed. This morning, she was buried. But tonight—tonight she comes. Everyone else will die.

After a girl goes missing, two of her friends and a mysterious set of strangers will find themselves drawn to the cabin in the woods where she disappeared. They will laugh, they will drink, they will kiss, they will fuck, and THEY MUST ALL DIE. Tonight She Comes was written and directed by Matt Stuertz, who previously directed the feature horror/sci-fi film RWD and created the Sixty-Second Slashers anthology series. Watch the teaser trailer for Tonight She Comes below.

American composer Eric Elick has been making quite a buzz on the indie film scene recently.  Having scored eight short films and a feature in just under two years, with additional projects to be announced later this year, Eric now sees his first movie soundtrack release. The release of his moody, industrial score for Emma Dark’s award-winning British short film Seize the Night (previously reviewed here) came after an unusually high demand from fans of the vampires vs. werewolves action-horror, which has seen an immense amount of popularity over the past year.

The digital download is now available for purchase from all major online distributors. Purchasing a copy of the soundtrack helps support Eric as an independent composer.

Following a rapid turn of events for the Asheville, NC-based illustrative art studio and gallery, ZaPow! recently announced an impending move to a new location. ZaPow! has signed a 10-year lease at a new building currently under construction in Downtown Asheville’s rapidly growing South Slope district. The new location will be “bigger and better” than their current one, the gallery says, with additional space and resources for participating artists. ZaPow is projected to open in their new location at 150 Coxe Avenue this fall.

The psychological thriller Observance is now available on DVD and Blu-ray, as well as through a 90-day exclusive run on Vimeo. Bloody Disgusting says of the film: “Captivates the viewer with an inescapable sense of dread rarely felt in contemporary horror…channeling the best of classic voyeur films like Rear Window while still clinging firmly to its horror roots with some terrifying moments that would make David Cronenberg proud, Observance presents us with a cleverly paced ride into madness.” 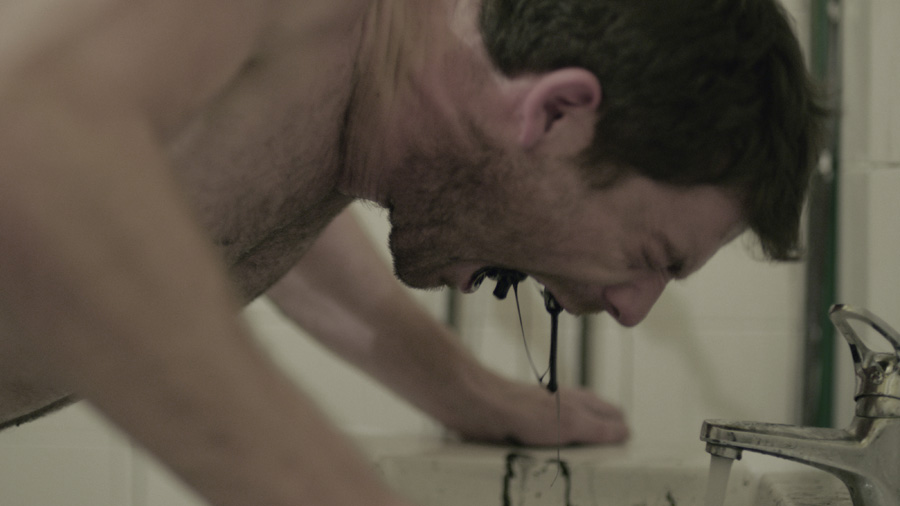 Fatal Pictures' "Heir" to Premiere this Summer
Is the Moon Still Out of Reach? - Our Kickstarter Wrapup Post
Continuing Coverage - Cookie Monster Before Congress