The upcoming “Berkshire County” promises all the most horrifying things we can think of in one feature film. Pig-faced children. Part-time babysitting jobs at isolated houses in the woods. Halloween tricks and treats. Home-invading psychotics…

We’ll keep an eye on this one and see what they do with all these elements in one film.

Feature film “Berkshire County” is set to begin principal photography in Toronto this April of 2013.

Logline: When a late night knock at the door signals the arrival of three psychotics, a teenage girl must go beyond what she ever thought capable in order to survive.

Synopsis: The feature length thriller follows a self-loathing teen who reluctantly agrees to babysit at an isolated country home on Halloween night. But when a small boy in a pig mask appears at the door looking for candy, her night takes a horrifying turn for the worst. What ensues is a violent home invasion which forces our unlikely heroine to go beyond what she ever thought capable in order to survive. 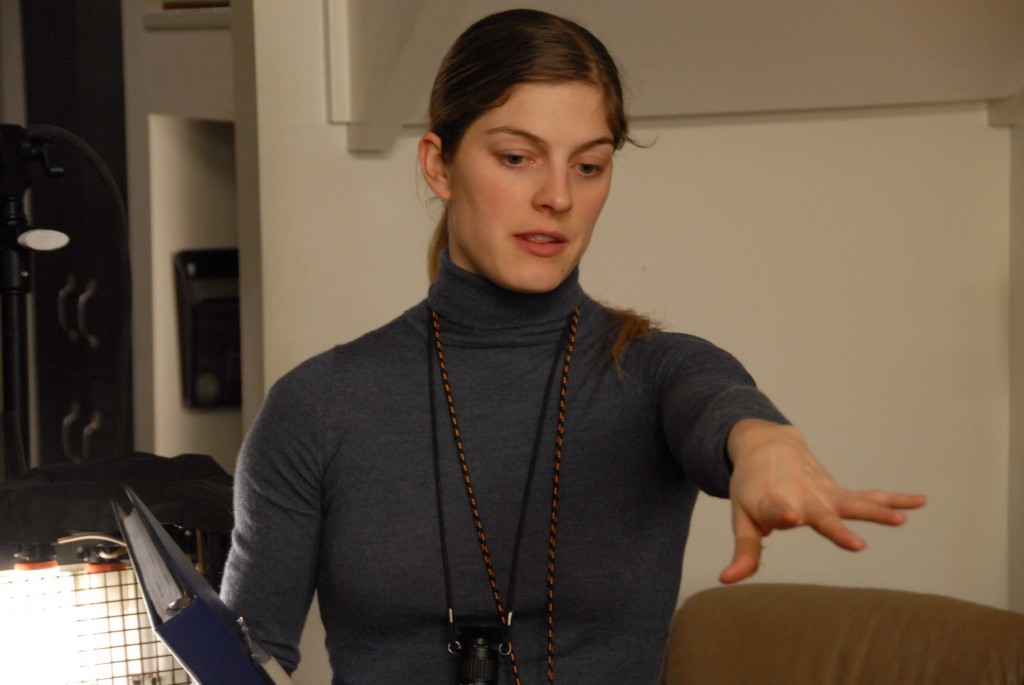 Director Audrey Cummings on the set of “Berkshire County”

Hogson Shivers Exclusive!: Travel Reports from PM Proog Flurmeen of Gorgulon 7
3 Awesome Things to Check out from Hex Studios Right Now
Get Your Tickets Now!: GeekOut 2015 to be Held June 6-7